Wireless serves as linchpin in the rise of ‘Urban Tech’ 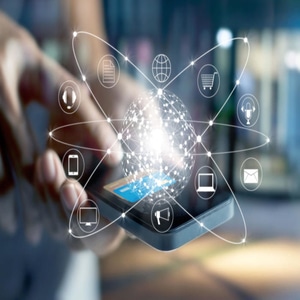 Technology companies geared towards urban systems, also known as “Urban Tech” have become some of the most significant businesses in the industry, reports CityLab’s Richard Florida.
Two of those companies, Uber and Airbnb have an opportunity to reach the levels of the tech industry’s, “Big 4”: Apple, Amazon, Alphabet (Google) and Facebook, according to technology industry analyst Scott Galloway.
Uber and Airbnb are not alone in the Urban Tech rise however. Uber’s ride sharing counterpart Lyft along with bike and scooter sharing companies like Lime and Bird have put stakes in the urban mobility space. Meanwhile, co-working organization WeWork has become one of the biggest real estate companies in the world. Mapping businesses like Waze can share information on how cities are organized and can provide commuters traffic updates in real time. There’s also a growing market for food delivery companies like Instacart and Delivery Hero in cities.
The venture capital invested in these Urban Tech companies is evidence there’s a growing demand—Uber has raised approximately $16 billion while Lyft, Airbnb and WeWork have attracted between $4 and $5 billion each, according to Florida. In fact, more than 45% of all venture capital in the U.S. has gone towards Urban Tech between 2016 and 2018, according to data from CB Insights.
While these businesses have found a market for their services and have raised millions, even billions of dollars in venture capital, there’s a common element about them in terms of their success, even their existence.
Wireless connectivity is a key element in their success.
Take Uber or Lyft for example. The bulk of their business model comes from customers ordering rides from their mobile devices. If a customer is a somewhere with poor cellular reception, they will not be able to access the companies’ app to get their ride. These ride sharing companies also benefit financially from not having a fleet of vehicles it has to manage, repair and insure. Its drivers use their own vehicles. Airbnb benefits from a similar model, as it does not supply lodging, but rather connects people looking for a place to stay with people who are willing to rent out their home for a short period of time.
It’s also hard to imagine a mapping business like Waze having a lot of success without reliable connectivity either. Any GPS-powered mobile app relies on a cell phone’s location and needs a strong signal to work effectively. If a user is driving in an area without a lot of cell towers or goes into a tunnel, much like a phone call could “drop” in those circumstances, the GPS signal could be lost. The more wireless connectivity that’s in a given area, the better off these mapping applications will work.
These Urban Tech businesses that tend to be used more indoors, benefit from wireless’ existence, too. A lot of the food delivery apps’ appeal is customers don’t have to call restaurants to order takeout and have to worry about repeating themselves and giving their credit card number out each time they make an order. Most delivery apps can store that information and the user can order what they want in matter of a few keystrokes. The process breaks down however, if the customer is in a building with poor reception or does not provide a strong signal. Most people don’t want to have to walk elsewhere to “get a signal” so they can use an app—the point of it is convenience, which is defeated if a person can’t use it at home.
So, while companies like Uber have become massive successes, especially in the urban markets, it’s important to remember how crucial of a role solid wireless connections have played, and will continue to play, in that success as it and other apps move forward.

Mall owner Simon Property Group and Amazon are in talks to turn J.C. Penney and Sears stores into distribution centers, according to The Wall...
Read more
- Advertisment -

Wireless carrier T-Mobile recently announced it passed AT&T as the number two wireless provider in the United States in total branded customers based on...
Read more

Mall owner Simon Property Group and Amazon are in talks to turn J.C. Penney and Sears stores into distribution centers, according to The Wall...
Read more

Wireless carrier T-Mobile recently announced it passed AT&T as the number two wireless provider in the United States in total branded customers based on...
Read more

Mall owner Simon Property Group and Amazon are in talks to turn J.C. Penney and Sears stores into distribution centers, according to The Wall...
Read more

By Dean Richmond, Senior Director of Marketing at Nextivity Inc. The pandemic emptied and locked down many commercial buildings, leaving a large number of long-planned...
Read more