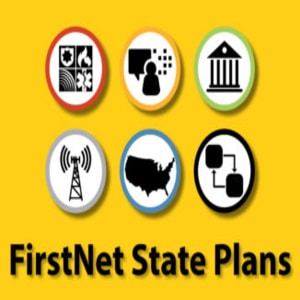 FirstNet Update, FirstNet now has 26 states and territories that have agreed to opt-in to its public safety broadband network.
Alabama opted-in to FirstNet on Tuesday, Oct. 10, becoming the 26th state to accept FirstNet and AT&T’s offer to build, operate, and finance a public safety communications network for first responder use.
“This collaboration with FirstNet and AT&T will allow us to provide our first responders increased capabilities to communicate as effectively and efficiently as possible, while also ensuring that our residents and businesses have the best possible services provided to them in times of emergency,” said Alabama Governor Kay Ivey in FirstNet press release.

Since October began, two states have agreed to opt-in to FirstNet. Last week on Wednesday Oct. 4, it was announced that Minnesota Governor Mark Dayton agreed to FirstNet’s plan and opted-in. “First responders across our state risk their lives every day to protect and serve the people of Minnesota,” said Dayton in a FirstNet press release, “modernizing our communications infrastructure will allow our courageous first responders to coordinate and respond more quickly, effectively, and safely, creating better outcomes for them and the communities they serve.”
For opting-in to FirstNet, Minnesota and Alabama will receive a public safety communications network that will serve its first responders’ needs only. This network will eliminate clutter that comes with a regular cellular network traffic—it will avoid congestion and first responders will reportedly be able to communicate with each other much more smoothly in emergency situations.
Minnesota and Alabama joined Texas, Louisiana and several other states and territories that also want to ensure that there is a public safety communications network dedicated solely for their first responders. This network should also help improve communications in rural areas of the states or territories, and is also aiming to provide coverage in the midst of natural disasters. Every state or territory has its own individualized plan that FirstNet and AT&T have tailored to fit each state or territories needs.
FirstNet and its partner, AT&T have been working to establish a public safety communications network since they announced their partnership in March of this year.
FirstNet and AT&T State Plans, which were released in June, are currently being reviewed by state governors that have yet to give FirstNet an answer. State governors had time to review and revise individual State Plans prior to the 90-day period. Minnesota and Alabama are the first two states to have opted-in after the start of this 90-day period, which is set to last until Dec. 28.
Connected Real Estate Weekly will continue to provide more information on FirstNet’s public safety communications network, and will report on what states are opting-in.
If you enjoyed this article you may also enjoy this article here