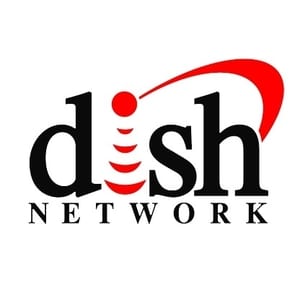 The Dish co-founder will continue to oversee the company’s efforts to build a wireless network to serve the burgeoning Internet of Things (IoT). The company promoted president and chief operating officer Erik Carlson to CEO and president. Carlson will still report to Ergen.
“With more than 20 years’ experience at Dish, Erik brings a complete understanding of the business opportunities both Dish TV and Sling TV possess,” Ergen said in a press release. “I have every confidence that under Erik’s leadership our new organizational structure will deliver value for Dish TV and Sling TV and will aid our entry into wireless.”
The moves are among many currently going on at Dish. Other transitions include Brian Neylon moving from executive vice president of customer acquisition and retention to group president of Dish TV, Warren Schilicting will switch from EVP of marketing, programming and media sales to EVP and group president of Sling TV. John Swieringa will take over for Carlson as COO. EVP and chief technology officer Vivek Khemak will be part of Carlson’s leadership team and David Scott, formerly of Wal-Mart, will be the company’s chief human resources officer.
Dish has slowly collected a significant amount of spectrum either in auctions or secondary-market transactions. It’s also compiled a large amount of midband airwaves, according to Allnet Insights & Analytics. Earlier this year, Dish had its sights on constructing an NB-IoT network with its spectrum to give connectivity to a variety of devices besides the standard smartphone and tablets.
The amount of time Dish has to decide on whether to use its airwaves is not finite. According to FCC rules, the company has to  either achieve 40% signal coverage on the 700 MHz E-Block licenses it bought in 2008 by the end of the month or hit a 70% build out by March 2020. The company’s licenses in the AWS-4 band face similar mandates.
Dish stated in November it expects to sign its initial deals with tower companies early next year and it plans out its NB-IoT build out. The company also said it has completed deals with multiple telecom equipment vendors.
“We are still focused on the narrowband IoT build as we shared in March with the FCC; had a very good quarter in terms of progress. We’ve finalized contracts with more than one global vendor for radio access equipment and other associated equipment that goes on towers,” Tom Cullen, Dish’s executive vice president of corporate development said during a November earnings call.