A constellation of satellites connecting everyone, everything, everywhere

Could OneWeb’s plan to connect the world solve in-building cellular and Wi-Fi needs?

OneWeb Founder and Chairman Greg Wyler has a vision: A constellation of low-cost satellites encircling the earth and connecting to user terminals that turn that signal into high-speed 3G, LTE or Wi-Fi. 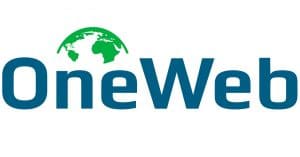 And, based on the capital Wyler’s company has raised, a number of tech luminaries see a lot of promise in his idea. The Wall Street Journal reported this week that SoftBank CEO Masayoshi Son is set to invest $500 million into the company, bringing the Japanese tech powerhouse’s total investment into the ballpark of $1.5 billion.
In addition to SoftBank, Wyler’s initial investors, and board members, include Qualcomm Executive Chairman Paul Jacobs, Richard Branson, CEO of Virgin Group, Bharti Enterprises Founder and Chairman Sunil Bharti Mittal and Thomas Enders, CEO of Airbus Group.
A satellite communications market is currently poised for a major shift—mass production techniques and miniaturization of key technological components are driving costs down and opening the market up to new entrants. According to firm Research and Markets, the global market for new satellites built and launched will reach more than $300 billion by 2026, which considers 3,000 satellites weighing more than 50 kilograms entering orbit in that timeframe.
From the Research and Markets analysis, this $30 billion annual opportunity over the next decade is marked by a “price decrease…visible in this core market of the space industry, driven by 23 commercial constellations launching a total of 1,800 small satellites (of which about 1,000 for OneWeb) into low or medium earth orbits for communications or earth observation.”
Amazon founder, chairman and CEO Jeff Bezos’ company Blue Origin plans to deploy its reusable New Glenn orbital launch vehicle to deliver OneWeb’s satellites into space. Earlier this year OneWeb reserved five launches on New Glenn, which is just one of its launch partners. Blue Origin, like Elon Musk’s SpaceX and several other companies, is part of trend toward the privatization of space-based services and travel. OneWeb has further reserved launches with Branson’s company Virgin Galactic and on Arianespace’s Soyuz and Ariane 6 rockets.
Once the satellites are up there, Wyler has articulated several important use cases:

The satellites will connect to user terminals, both terrestrial or aircraft-based, which will convert the satellite signal into spec-compliant 3G, LTE or Wi-Fi signals that can be tapped by commercial devices ranging from smartphones and routers to small cells and Wi-Fi access points.
So what does this mean for commercial real estate owners? In-building connectivity right now is provided by Wi-Fi, which certainly has its place, but is by no means mission critical or suited to every use cases an enterprise needs, or by expensive in-building infrastructure like a distributed antenna system (DAS), cellular signal booster, small cell or cells, or a hybrid of those technologies. Wyler envisions removing that need—put one of his user terminals where it’s needed and the satellites do the rest.
As Wyler put it in something of a mission statement, his goal for OneWeb includes “gigabit per second speeds, lower latencies and affordable self-installed terminals. These new capabilities will support both our 2022 goal of connecting every unconnected school and our 2027 goal of bridging the digital divide. At the same time, boundless low latency broadband access will be available for homes, connected cars, trains, planes and cellular backhaul applications.”
An initial group of 10 satellites are slated to go up in 2018 with a larger-scale launch in 2019. Stay tuned…