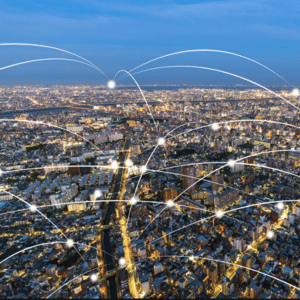 The FCC recently released a public notice that established procedures and deadlines to file for initial Spectrum Access System (SAS) and commercial deployment proposals, bringing the 3.5 GHz Citizens Broadband Radio Service (CBRS) band closer to becoming commercially operational, according to FierceWireless.
The imminent CBRS approval is great news for commercial real estate owners as access to the 3.5 GHz band will allow them the opportunity to deploy their own private LTE services in their venues. Before CBRS became a viable option, building owner’s path to providing LTE was through wireless operators and they had to pay a premium. The other option was to rely on Wi-Fi, which is less expensive than LTE, but cannot necessarily keep up with the demands of a building’s Internet of Things (IoT) devices like security systems and thermostats or the demands of tenants or building visitors who expect their wireless devices to work seamlessly.
CBRS will provide building owners with the best of both worlds—the efficient coverage of LTE, but for a cost closer to that of a Wi-Fi network, as LTE services in the 3.5 GHz band work both indoors and outdoors.
The FCC has already conditionally approved an initial wave of SAS administrators that include Google, Federated Wireless, CommScope, Amdocs, Key Bridge and Sony. However, additional tests have to be conducted before everything is fully operational. The FCC is also still going over final rules for the band.
“Last Friday the FCC issued a Public Notice that signals the start of commercial services using CBRS shared spectrum in Q4 2018,” Federated Wireless President and CEO Iyad Tarazi, told Connected Real Estate Magazine. “This is the milestone the industry has been waiting for.  It means that property managers and building owners will soon have access to CBRS spectrum for offering Private LTE services, at the cost and ease of Wi-Fi deployments.”
There’s no question the FCC and a lot of stakeholders want the final CBRS rules to be approved. However, a lot of diverse communities want to access the band, too. While wireless operators want to use it for 5G, wireless Internet service providers (WISPs), industrial Internet of Things (IoT) players and others want small licensed areas that they can pinpoint and afford at auction.
However, unlike the Priority Access Licenses (PALs), the General Authorized Access (GAA) part of the band is expected to be ready sooner, possibly prior to the end of the 2018.
Federated Wireless is one organization that is optimistic CBRS services will be launched this year.
“We applaud the FCC, DoD and NTIA for taking this innovative approach towards commercialization,” Tarazi told FierceWirelessTech. “The entire ecosystem is poised to begin commercial operation under the rules for General Authorized Access, and the new notice on Initial Commercial Deployment confirms that CBRS services can be launched this year. Federated Wireless is working with several operators and OEMs and will submit a thorough proposal in response to this public notice.”
FCC Commissioner Michael O’Reilly hinted the organization was getting closer to approving the 3.5 GHz band to be operational for licensed and unlicensed use when he testified before a U.S. House of Representatives subcommittee on July 25.
“Fortunately, the review to ensure that the 3.5 GHz licensing structure is attractive to as many users and use cases as possible and the work on the databases that will enable maximum use of 3.5 GHz is wrapping up,” he told lawmakers, according to a written testimony.
Meanwhile, the CBRS Alliance announced eight global labs were approved to conduct testing for OnGo certification. The OnGo Certification Program helps ensure that OnGo wireless solutions are seamlessly integrated and deployed. It’s also designed to support widespread market adoption of OnGo technologies, according to the CBRS Alliance’s website. Setting standards for performance and interoperability has helped the organization define the level of quality it expects from anyone who plans to sell and deploy OnGo equipment.
OnGo access points from a number of member companies started the testing process and expect to achieve OnGo certification during the coming weeks.
Currently, the CBRS band is involved in protecting the government radar systems that Navy ships used and their locations are classified. However, SAS administrators are going to have to know their whereabouts to give them priority on the spectrum. Additional spectrum users will share portions of it and received different priority levels.

Software and services vendor Amdocs has been approved as a Spectrum Access System (SAS) administrator for the CBRS private network ecosystem. A SAS...
Read more
IoT

There’s a lot to like about Internet of Things (IoT) devices, especially when it comes to how convenient they make people’s lives. The one...
Read more
CBRS