An Introduction to Blockchain in Real Estate 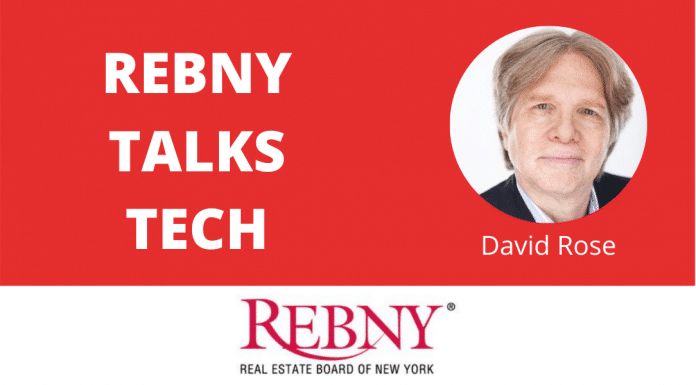 Over the past few years, following the unveiling of a new computer protocol by a pseudonymous person or group named “Satoshi Nakamoto”, there has been an explosion of interest in Distributed Ledger Technology (DLT), often referred to as Blockchain, after the name of one of its components. This technology allows information to exist as a shared, immutable—and continually reconciled—database. As described by Don and Alex Tapscott in The Blockchain Revolution, “The blockchain is an incorruptible digital ledger of economic transactions that can be programmed to record not just financial transactions, but virtually everything of value.” 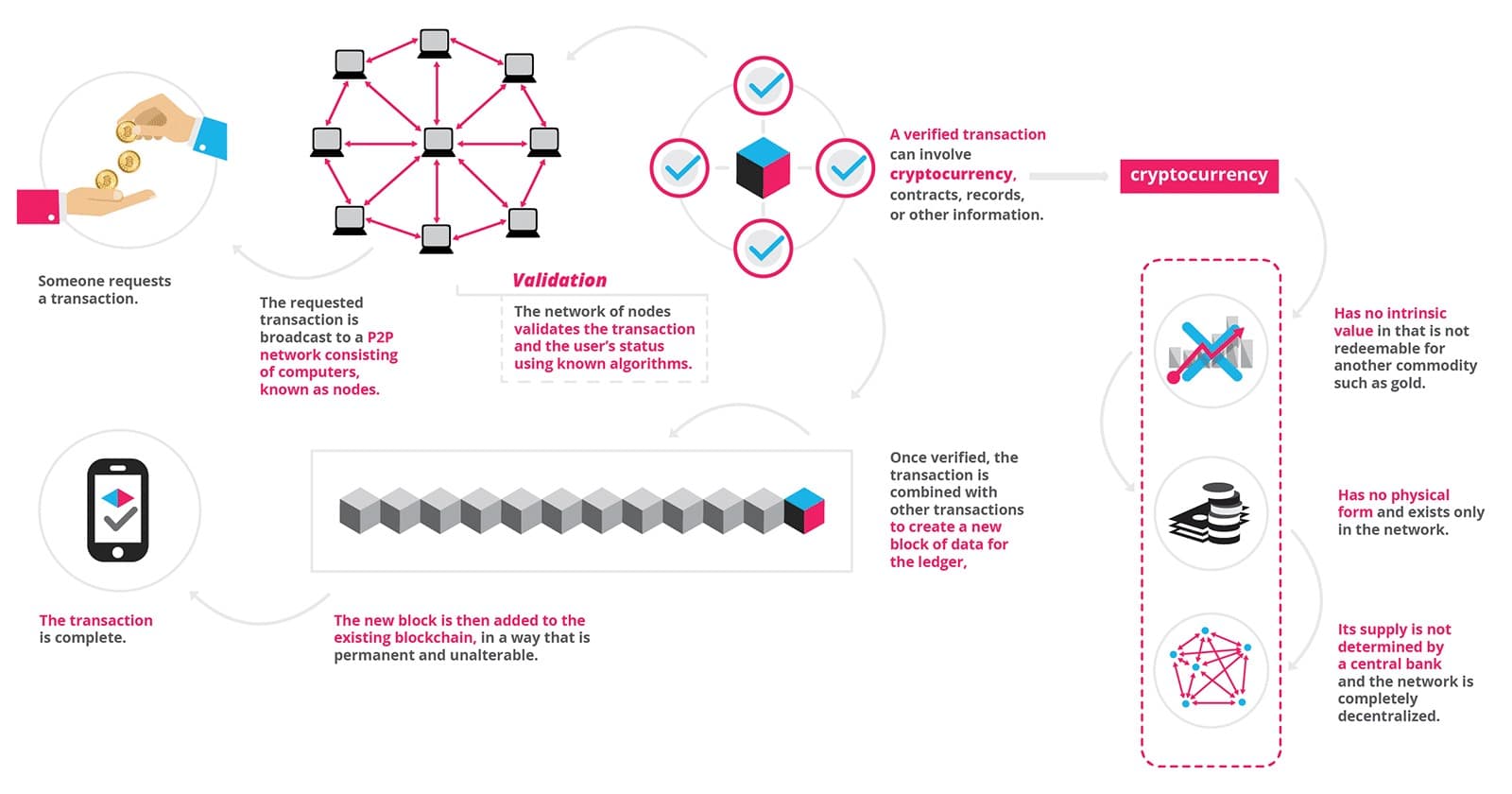 Because one of the most important features of DLT is its ability to dramatically enhance the efficiency of large scale, cross-company (and even cross-industry) interactions, its promise for the real estate industry—with its tens of trillions of dollars of value, millions of licensed brokers, and hundreds of thousands of construction firms—is nothing short of revolutionary. For the real estate industry, which has been relatively late to the game in the application of technology to fundamental business processes, there are potential uses of Distributed Ledger Technology across all facets of the field, including property databases, financial transactions, plans and project coordination, sales and leasing, and more.

What makes this new technology so important is that it enables four separate, new concepts, each of which is fundamentally disruptive in its own right. Taken together, the result is to open up an array of possibilities so vast that we are just beginning to explore its potential. The four key concepts enabled by Blockchain technology are:

An immutable database, updated by an unlimited number of contributors, not necessarily relying on the trust of any one party and with no single point of failure.

Real estate is all about physical structures, on geographically specific pieces of property, divided into individual units, that are occupied by individuals or entities, pursuant to legal contracts, with all of the above changing over time. Each of these component pieces of the puzzle can be represented by data (structural plans, floor layouts, tenant credit records, leases or sales contracts, etc.) and the industry already supports a plethora of separate databases in each of these areas. Some are public, some are proprietary. Some are freely available; some are extremely expensive. Some are static, some are active. Possibilities abound for putting some or all of these databases onto a/the blockchain. Advantages could include permanence, ease of access/distribution, ease of manipulation, integration with contracts, standardized entries, and more.

One of the core concepts of the digital world that all Internet users have internalized is that a digital copy is identical to an original. If I download a movie and make a copy for you, now we both have the movie. What has made the blockchain so revolutionary is that for the first time a digital object can be unique and retain that uniqueness through a lifetime of use and exchange, all without requiring an owner or trusted entity to mediate. There are thus obvious applications to real estate data, whether title recording and transfer, sales and leasing, zoning and permitting, mortgages and structured financial products.

The ability to create a new digital ‘token’ that can function as a medium of exchange—a ‘cryptocurrency’.

The ability to create a unique digital object therefore equates to the ability to create a new currency for value interchange. But whereas traditional objects used for value storage cannot be easily duplicated, they are also not unique and quantity-controlled (gold and diamonds can be mined; currency can be printed). Digital cryptocurrency tokens, however, are both unique and controllable, with publicly verifiable, permanently fixed rules about their creation and destruction.

The ability to integrate information, verification, digital objects, currency and transactions completely in the cloud through the use of ‘smart contracts’.

With cryptocurrency tokens providing a digital means of value exchange, we now for the first time have the ability to directly and natively integrate economics into cloud-based transactions through ‘smart contracts’. Anything that can definitively ascertained or accessed digitally can now be integrated into an automated, self-executing contract. This is true regardless of the number of parties, conditions, time elements or value involved. In real estate, the low-hanging fruit will be the obvious ones: real estate capital markets, touchless and online leasing transactions, government filings, etc.

This newly available functionality opens up a broad range of possibilities, including new ways in which the technologies of distributed ledger, blockchain, tokens or cryptocurrencies might:
• Facilitate the creation of industry-wide, multi-player cooperative endeavors to develop and deploy new, definitive data sets for real estate
• Enable the sale of ownership shares for individual properties, enhance crowdfunding and improve investor liquidity
• Automate lease and purchase agreements
• Reduce the costs and time required for performing background checks on prospective tenants and buyers
• Building community between properties, service providers and tenants

A few years ago it seemed as though Blockchain was everywhere you turned. Every investor, business, newspaper and financial institution was making bold claims and big bets on the technology (almost reminiscent of the early days of the Internet). The highest profile application of all was the exploding field of cryptocurrency—using Distributed Ledger Technology to create new forms of digital money that were supposed to be free of regulation and taxation, and the vanguard of a new universal monetary system. The most famous of these new currencies (known as ‘tokens’) was Bitcoin, and with stars in their eyes speculators, visionaries and con men quickly traded among themselves not only Bitcoin but hundreds of other aspirational tokens. The price took off and soon was growing exponentially, with the price of a single Bitcoin exploding from $200 to $20,000 in less than 30 months.

When the boom inevitably cratered—going from $20,000 back down to $3,500 in less than twelve months and wiping out $240 billion of nominal value—the mainstream press moved on and “blockchain” became a dirty word in many people’s minds. In the real estate industry, which had remained skeptical of this new-fangled technology, there was a palpable sigh of relief and everyone’s attentions turned back elsewhere. Then, out of the blue, came the COVID pandemic, with a more profound effect on the real estate industry than even the Global Financial Crisis. With the traditional fundamentals of the entire industry now under attack, DLT and its application to real estate is the last thing that most CRE professionals are thinking about in 2020.

But despite the crash, the pandemic and the cratering economy, Distributed Ledger Technology—now out of the limelight—has continued to develop, spread and create value. Bitcoin is once again trading at over $12,000; every major financial institution has quietly doubled down on its DLT initiatives; and central banks around the word, including those of China and England, are exploring the possibilities of creating their own digital currencies.

In real estate, there are currently over 300 active blockchain-based products in market or in development, offered in 50 countries around the world. Among the major categories in which DLT is emerging as a viable technical underpinning are: capital markets and platform services, building infrastructure technologies, real estate management and operations, leasing and brokerage, research and valuation, planning and construction, and Smart City solutions. New York, as both the world’s leading real estate market and the world’s leading financial market, has not surprisingly become the center of blockchain/DLT development in real estate, with over two dozen companies actively engaged in the market.

For those interested in the future of blockchain and DLT solutions in the real estate industry, an excellent resource is the annual Blockchain Real Estate Industry Report, published by FIBREE, the Foundation for International Blockchain and Real Estate Expertise, and available as a free download from https://fibree.org/industry-report/. 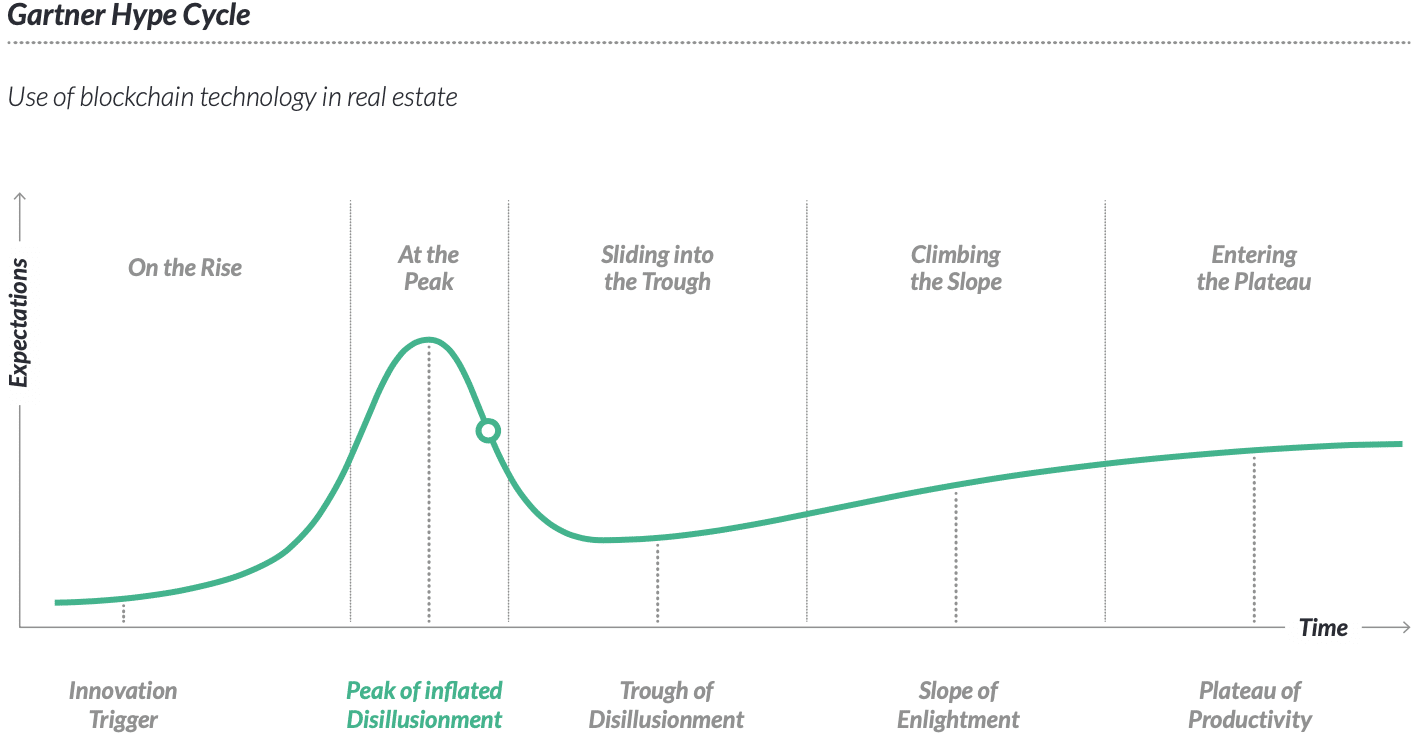