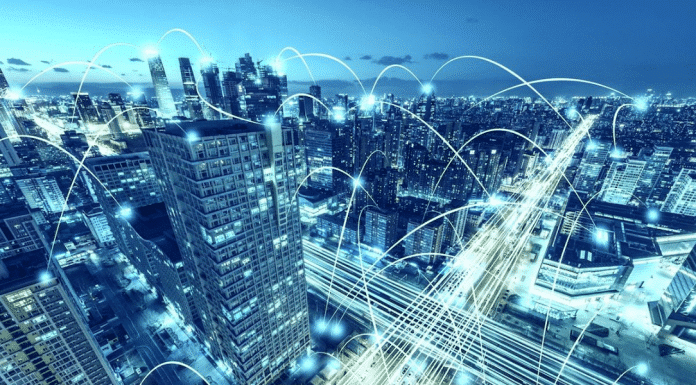 Quayside, the Toronto-based “smart city” project appears to be officially scrapped, OneZero reports. Sidewalk Labs, which is backed by Google, announced it would abandon the project in May because it was not economically feasible. Finances were just part of the issue however, as Toronto residents’ reaction to Quayside made it politically infeasible, too.

The initial vision for Quayside

When Sidewalk Labs introduced the idea of Quayside in October 2017, its features included self-driving carts that could deliver packages and remove trash by moving through underground tunnels. Meanwhile offices and residences within Quayside could study occupants’ behavior so they could make life easier for them. A green energy system with buildings made mostly with mass timber (compression of multiple wood pieces that can sequester carbon) was proposed later.

“(Quayside) would be a test bed for new technologies that will help us build smarter, greener, more inclusive cities,” Canadian Prime Minister Justin Trudeau said at an October 2017 event announcing the project. “The future, just like this community, will be interconnected.”

Resistance to the Quayside project began almost as soon Trudeau finished his speech, according to OneZero. Just two weeks later, anti-gentrification protestors gathered outside of the initial Quayside community meeting. Inside the meeting, Sidewalk Labs founder Dan Doctoroff addressed residents’ concerns during a reportedly contentious Q&A session. When an audience member asked Doctoroff if he had any thoughts on “the power and wealth concentration that happens with platform ventures”, the Sidewalk Labs founder noted that the goal of the platform was to be “open” to IT developers to “build things on top of it.”

“At the end of the day, they’ll be the beneficiaries of their intellectual capital and hard work, and not the platform itself,” Doctoroff told the audience.

Financial concerns surrounding the Quayside project paled in comparison to privacy concerns, however. Discussions about the sensors needed to make Quayside run as well as data collection made privacy advocates skeptical about the project right away. Sidewalk Labs tried to quell privacy concerns by hiring former Ontario information and privacy commissioner Ann Cavoukian as a consultant/surrogate.

“The ability to track citizens, to engage in surveillance with the technology that they’re proposing—that’s not going to happen,” Cavoukian said on The Agenda, a Canadian talk show. “I can provide that assurance.”

Cavoukian’s assurances did nothing to ease fellow panelist Bianca Wylie’s, a Toronto activist and Quayside project critic, concerns. Wylie admitted being concerned with Quayside collecting aggregate data to measure how the city was working, where residents were using things and measuring transportation flow.
“If a company is taking that data and using it to build products and services to then sell back to us, why isn’t that intellectual property and the value of that data ours as residents of the city?” Wylie asked.

She also noted technology companies’ intentions for data collection in public spaces moved faster than residents’ ability to understand the implications, as well as the government’s ability to regulate the smart city industry. Additional concerns included Quayside’s presence would come at the expense of democracy. Sidewalk Labs’ pitch featured many municipal government functions, but would not have the same accountability that elected officials do.

Critics also said that given how Google monopolizes search, there’s fear the same could happen in a small city market. The difference is there’s be no opt-out option, meaning data collected in a public space could double as surveillance.

Mounting pressure brings Quayside project to an end in Toronto

Sidewalk Labs appeared to withstand the initial pushback to Quayside—then executives like billionaire philanthropist Jim Balsillie, former co-CEO and co-chairman of Research in Motion (BlackBerry phone creator) began to opine on the project. In May 2018, he testified at hearing in Ottawa about the Cambridge Analytica scandal and said partnering with foreign companies like Sidewalk Labs was dangerous because it made Canada’s data, “subject to foreign laws, making Canada a client state.”

Balsillie also wrote an op-ed that year and said Quayside was not a “smart city”, but a “pseudo-tech dystopia.” Meanwhile, the project continued to polarize the country between those who thought it was a bad idea and those who thought others were being paranoid. Toronto city council members started to express concerns and a December 2017 National Research Council report noted that Canada was becoming a “data cow” for foreign tech platforms.

The project remained favorable in Toronto through early 2019, but negative headlines continued to appear. Community leaders, activists and academics formed a “#BlockSidewalk” campaign. In June 2019, Sidewalk Labs presented a revised plan that included a “data watchdog” that would oversee data collection and management. The revised plan did not quiet the rising criticism, however. Quayside eventually became unfavorable—polling showed four times as many residents opposed the project than just a few months prior, according to sources.

A final vote was scheduled for June 2020, but it never happened. Sidewalk Labs withdrew its bid. Sidewalk Labs pointed to the current economic client caused by the COVID-19 pandemic as the reason.

Sidewalk Labs’ decision to pull its Quayside proposal from Waterfront Toronto comes at the same time when similar ventures are scaling back, such as Masdar City in Abu Dhabi and Songdo in Seoul former Sidewalk Labs consultant and author Anthony Townsend said recently.

Townsend did note that the COVID-19 pandemic could expedite Internet technology’s transition from screens to the everyday world however. Trends like remote work and e-commerce have become more commonplace and shifts in urban infrastructure are likely the end result.

“We’re fast-forwarding five to 10 years into the digital future,” Townsend said. “So, all the dilemmas that people like Bianca Wylie have been raising alarm bells about will become urgent issues that large numbers of people are going to be directly affected by. Once the public health situation stabilizes, hopefully we will see more effort put into dealing with all the scary sides of the surveillance state that we’re building.”