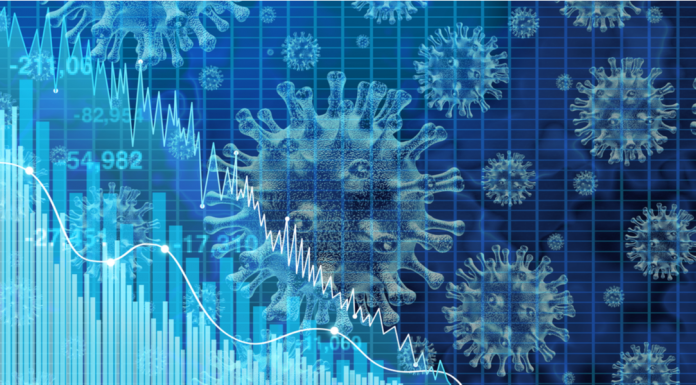 The COVID-19 pandemic is not just having a negative impact on small businesses—numerous office and apartment building owners are suddenly having trouble paying their mortgages too, according to The Wall Street Journal.

Often considered one of the more stable property types in CRE, office leasing has recently decreased because companies say they want to use less office space as more employees work remotely. Meanwhile, the economic collapse has left tenants unable or unwilling to pay their apartment rent.

Hotels and retail properties felt the financial squeeze first as the pandemic hit, but that was somewhat to be expected. Hotels are vulnerable due to the high volume of short-term stays and easy cancellation policies. Meanwhile shopping centers fell victim to government stay at home orders—and were already hurting because of fierce competition from e-commerce retailers.
Office properties and rental apartments seemed like safer bets, however. Office buildings usually have long-term leases that are backed up by corporate guarantees so income doesn’t drop as suddenly. These are not typical times though as the financial downturn has made even the most stalwart CRE properties vulnerable. Madison Realty Capital, the owner of the 500,000 square foot Whale Building in Brooklyn, is negotiating to turn the building over to its mortgage lender according to The Wall Street Journal.

Madison Realty Capital purchased the building in 2015 and converted it from an industrial property to offices. Tech companies were coming to New York steadily during this time and Brooklyn office space was in demand.

“The sponsorship bought it to convert it to creative office and, you know, I think there wasn’t a tremendous amount of demand for that,” Greta Guggenheim, chief executive of the lender, said during a recent earnings call.

The Whale Building was valued at more than $150 million in 2018, according to SEC filings. Madison Realty opted to hand over the property instead of pay off the remaining $81.4 million in debt and meet another building investor’s obligations, TPG RE Finance Trust told The Wall Street Journal.

More than 350 apartment and office properties began to miss payments on $7.1 billion in mortgages in April and May, according to Trepp LLC’s data. The missed payments total was $4.2 billion in February and March.

Michael Fay, principal, managing director and head of the asset-resolution team at brokerage firm Avison Young said the increase in missed payments is, “just the start.” Fay forecasted that more tenants will miss rent payments in June and July as well, which will lead to a mortgage defaults increase throughout the remainder of 2020 and into next year.

Currently, there aren’t many sales of distressed assets because many in the CRE industry are surprised by how fast the market downturn happened.

“The buyers want to buy at 50 cents on the dollar, and the sellers are still remembering the prices from nine weeks ago,” Mark Edelstein, chair of law firm Morrison & Foerster’s global real-estate group told The Wall Street Journal. “The lack of deals has made it hard to determine how far property prices have already fallen.”

Most office-building tenants are currently still paying their rent. However companies are expected to reduce their footprint as their leases expire and there’s clearer picture on the economic crisis’ impact. Increased remote work also poses a danger to CRE owners. A late-April survey by trade Group CoreNet Global showed that 69 percent of corporate real estate users said they would use less real estate in favor or remote work. Only 51 percent said the same in March.