Last week, more than 7,000 professionals from a diverse group of industries including communications, government, military, public safety, utility, transportation and business enterprise gathered at the 2019 International Wireless Communications Expo (IWCE) in Las Vegas. The annual event, which is geared towards critical communications technology professionals, gives attendees an opportunity to see the newest products and services in one place as well as a chance to connect with peers. IWCE also offers educational sessions taught by industry professionals about the latest topics.
Public safety was among the many topics covered during IWCE. John Foley, general manager of the Safer Buildings Coalition, moderated the “Solving the Problem of In-Building Connectivity” panel. The discussion explored the problems of poor connectivity and communications inside a building can cause in regards to people’s lives and property—especially during an emergency. 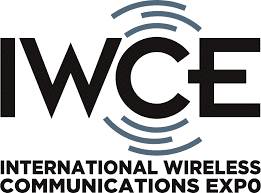 The panel featured twin brothers Detective Casey Clarkson and Lieutenant Brandon Clarkson of the Las Vegas Metropolitan Police Department. They were both active participants during the mass shooting at Mandalay Bay in Las Vegas last October—one managed communications at the 911 center and the other was wounded on the concert grounds. The Clarksons discussed how communication issues made handling the situation that much more difficult. Because there was so much radio traffic, communicating was nearly impossible—so much in fact that no one knew where the shooting was coming from initially and multiple hotels were said to have had an active shooter.
The officers’ presentation, which included body cameras and radio transmissions from that day, further showed how critical public safety radio is when it comes time to make split second decisions and communicate with first responders so they know exactly where to go during an emergency. The panel also allowed for an opportunity to discuss what role solutions like FirstNet and land mobile radio (LMR) systems will play in helping to keep people safe.
Chief Alan Perdue (Ret.), Safer Buildings Coalition executive director, was also on the panel and he and a number of industry experts examined the efforts needed to create a change across several industries including architecture, building design and engineering, construction, fire rating and code management, electrical operation and wiring, and building ownership in hopes of creating a truly connected building.
[convertplayer id=”qmWmPmGFG” width=”700″ height=”394″]
Additionally, a panel of public safety and technology leaders from three major universities discussed approaches and solutions to providing for large campus environments that include stadiums, classrooms and a large student population.
Throughout the session, topics explored included the regulator and compliance needs for public safety for in-building wireless, incorporating in-building wireless into design structure and construction for code compliance and how implementing public safety grade in-building wireless can be a commercial real estate owner’s most desirable and marketable quality of their property.
“IWCE was a great show—there was a lot of engagement, major players like Motorola, SOLiD, Comba, and others exhibited and the panels were well done,” Fifth Gen Media CEO and publisher Rich Berliner said. “It was a great opportunity for everyone involved with public safety radio to have a chance to talk strategy.”

Facebook
Twitter
Linkedin
Email
Previous articleWho are the next big users of flex space?
Next articleVerizon names its price for 5G service
- Advertisement -

Ensures Clear Communication Lines for First Responders Public safety voice communications for first responders primarily relies upon the quality of their two-way radio network and coverage within their jurisdiction. This also extends to how well their LMR’s (land mobile radios) work inside the buildings where they provide emergency services. We all know or recognize that cellular coverage diminishes when we walk inside large buildings or any LEED Green Certified building because the buildings cause cellular signals to drop significantly. First responders’ radios that operate on the public safety network are no different and can suffer the same call quality degradation,
Read more
DAS & In Building Wireless

The Business of In-Building Public Safety

FIPLEX Over the last 50 years, public- safety radio communications has seen tremendous advancement and growth. It’s been labeled as the “… single most important piece of first responder PPE” according to Fire Chief Thomas Jenkins (Rogers, AR); it may also be the most “underserved”. His comments during a recent online interview with Fiplex and Mission Critical Communications highlighted not only a lack of awareness and a need to educate AHJs, but the need to focus on finding ways to increase the deployment where needed. Combine this trend with the increasing demand for in-building coverage and it doesn’t take
Read more
- Advertisment -

Are we already headed toward a 6G world?