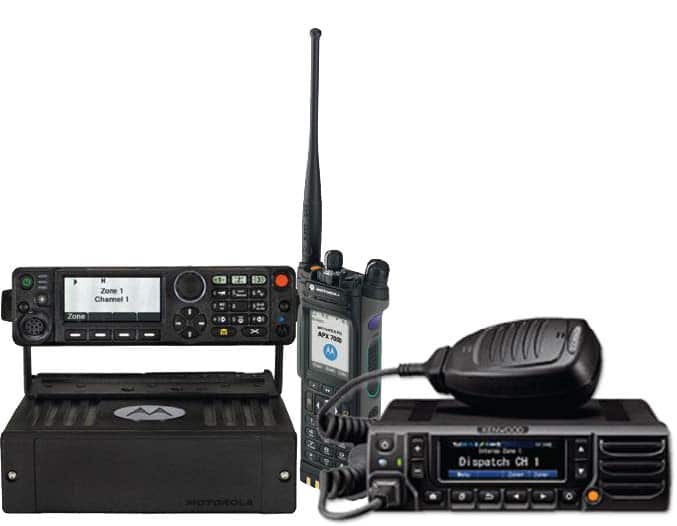 It’s easy for someone to see when their cell phone is not working inside of a building—they can look at their mobile device and see they have zero bars. It’s inconvenient, even annoying when that happens, but it is not the end of the world. This scenario cannot happen to first responders when they enter a building during an emergency, however. Police officers’, firefighters’ and EMS (Emergency Medical Services) personnel’s ability to communicate is literally a matter of life and death.

So while commercial real estate owners should have a viable in-building wireless system so people can use their mobile devices without an issue, they must have a solution in place that lets first responders receive and make calls in order to protect the public and themselves.

Comba Telecom supplies infrastructure and wireless enhancement solutions to mobile operators and enterprises to enhance and extend their wireless communications networks. The company also manufactures equipment and materials that are used to support ERRCS (Emergency Responder Radio Communications System) that are designed to ensure satisfactory communications for first responders when they’re inside a building.

“We believe that an ERRCS system should always be considered as an extension of the public safety radio network,” Comba North America VP of Sales Don Henry said. “This is not a separate ‘nice to have,’ it really should be considered a ‘must have,’ because how can we expect first responders to do their job if they need to have critical communications and they don’t?”

Comba has committed to the public safety portion of in-building wireless and believes it provides among the best equipment and materials, according to Henry. Additionally, Comba works to support the integrators that are designing and installing these systems as well as ensuring they work so they can serve as an extension of the public safety radio network. Doing so ensures first responders have the critical voice communications that they need.

“We may be a little more committed to it than some of our competitors because when I came out of the IT industry, I was a cop for a few years,” Henry said. “During that time, I experienced a couple of instances when my radio did not work and it’s a frightening and awe-inspiring predicament to be in. Knowing what that feels like, this has become not only a profession for me, but an obsession to make sure first responders have the radio communications that they deserve and need to do their job.”

In talking to Connected Real Estate Magazine, Henry shared five things every CRE owner should know and consider when they install a public safety radio system in their building—as well as why they should.

HOW A REGULAR DAS DIFFERS FROM A PUBLIC SAFETY DAS

An ERRCS system is technically a DAS (distributed antennas system), but it’s a DAS that’s specifically built to support public safety communications only. ERRCS systems carry all of the RF frequencies and signals that public safety first responders use—specifically for voice communications. Meanwhile, the standard cellular DAS carries the RF frequencies and signals that carriers use for voice and data. So, a carrier DAS does nothing to support the two-way radios first responders use to communicate and an ERRCS system does nothing to support cellular voice or data for commercial operators. While systems can be designed to support both, Henry suggests CRE owners use two separate systems. 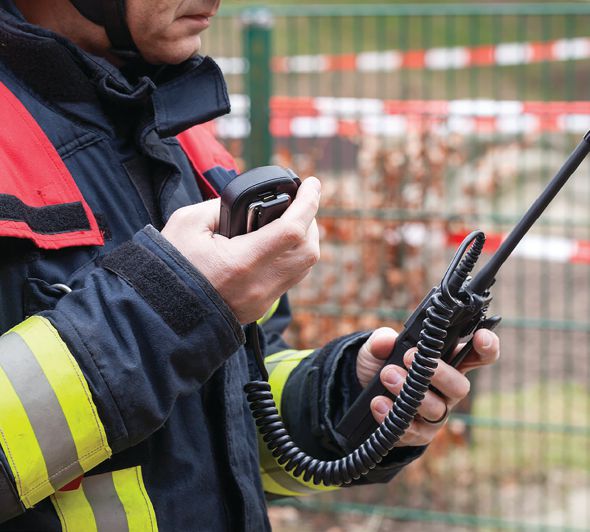 Most jurisdictions’ public safety ordinance requires a building to satisfactorily pass public safety communications tests after it is completed. While it’s possible that a building can pass public safety communications tests without an ERRCS system, it’s becoming less likely because of modern building designs. Today, things like Low-E glass block signals cause the building to fail those tests. That’s where the ERRCS system comes into play to help those signals get through any type of building design.

“We could say you need to install an ERRCS system, so you need to buy our equipment, but that’s not our game,” Henry said. “Our mission is to do our part to help first responders. If you’re lucky and your building does not block signals, the building by itself satisfies the public safety requirement. However, in probably 95 percent or more of the cases, the building will not pass communications and will need a system in place to make sure it does.”

For existing buildings, CRE owners should hire a reputable third party testing organization who understands the local ordinance and AHJ (authority having jurisdiction) requirements. The testing firm will come on site and perform signal penetration testing, provide a printed detailed report, and make a recommendation of whether or not an ERRCS is required. Prior to the test, CRE owners should know that exterior walls and glass are not the only things that could block signals. Interior walls, office furniture, equipment and even people could all negatively impact the signal.

Meanwhile, CRE owners of newly constructed buildings have an opportunity to get ahead of the game in ensuring their building will pass.

“We generally tell people that the odds are at least 95 percent that they’ll need a new system,” Henry said. “Have an integrator design the system and you can at least install the cabling and things that would require opening up the ceiling and walls ahead of time. You’re going to spend some money on infrastructure you ultimately might not need, but the odds of you not needing it are pretty slim. It’ll be less costly than if you take your chances and wait until the end only to find out the building failed and you now have to rip the finished building apart, put the necessary equipment in and refinish it again.”

CRE owners should seek an SI that has good relationships with the local AHJ. Since every AHJ has their own local ordinance that contains technical and other ERRCS requirements, it’s important to hire the right SI who will know exactly what requirements are needed and can address them with the system design. Often, there will be subjective interpretations of the code that the jurisdiction requires—if the SI has been working with the AHJ on previous projects, they’ll know exactly what the AHJ is looking for. This knowledge not only expedites the process, but also increases the chances the AHJ will sign off of the system. A knowledgeable SI will also reduce the chances of any costly “change orders” that could delay the project and add to the ERRCS total cost.

Building owners should also require the following from their SI, according to Henry:

• SIs should have a solid understanding of RF, in-building coverage systems, and know how the public safety networks operate.

• SIs should have at least an FCC GROL (General Radiotelephone Operators License).

• SIs need to have the ability to show that they have successfully done past ERRCS deployments.

• SIs should be certified by the OEM whose equipment is being used in the ERRCS system.

Who’s responsible for maintaining the public safety system and handling issues? Once the public safety radio system is installed, the building owner is responsible for maintaining the ERRCS system’s functionality and reliability. Most ordinances require annual maintenance and compliance checks. Often, the SI who deploys the ERRCS system will offer to handle the annual maintenance and compliance checks. If the CRE owner wants an outside party to do the checks, the original SI is the best bet, according to Henry, because they know the system and know how to identify and replace the equipment if necessary.

“The integrator will come onsite, do signal testing and see if there needs to be any changes to the design because what worked a year ago may be different now,” Henry said. “There could be new buildings that have been constructed in the area, which affects the signal from the public safety tower. The integrator will also fully test the ERRCS system and verify that the equipment that was installed is still operating property and the settings are still accurate.”

Wireless connectivity has quickly become the fourth utility, and CRE owners will be hard-pressed to thrive without it. However, it’s even more important to have reliable public safety radio coverage in place so first responders can communicate with each other and locate building occupants during an emergency. Remember, the quality of the in-building public safety signal could save lives, so even if yours passes the safety test without an ERRCS system, it’s still worth it to consider getting one. The boost it will provide will make the first responders’ job that much easier when the time comes.

ExteNet Systems, a national converged communications infrastructure and services provider for the CRE industry, recently spoke with Connected Real Estate Magazine on a variety of industry-related topics. ExteNet President and CEO Jim Hyde and VP and CTO Tormod Larsen shared their insights on recent industry shifts, the latest on indoor 5G wireless networks as well as its own indoor solutions and what’s in store for the industry going forward. "We’re seeing an incredible transformation that is driving accelerated demand for digital communications’ infrastructure across the board, and particularly as it relates to our indoor business." CONNECTED
Read more
- Advertisment -