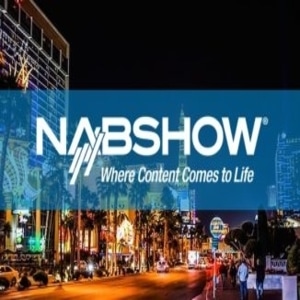 Wireless is anticipated to be a hot topic at this year’s National Association of Broadcaster show in Las Vegas writes RCR Wireless News’ Jeff Kagan. While the show has catered more towards the latest and greatest that the television industry has to offer, Kagan speculated 2018 will be the biggest show yet as cable TV companies will roll out their wireless offerings.
In a recent speech, Kagan said his focus was on the cable TV industry’s newfound opportunity—wireless. The only question is if the industry will have success rolling it out. Although entering wireless is a new business opportunity for cable TV companies, it’s not in the way many would expect, Kagan writes. This transition is expected to garner attention and inquiries from people all over the industry, from analysts to investors, employees and players.

According to Kagan, the big question is will wireless be a successful play for cable TV companies on this go-round. Kagan believes so, but in an atypical way. Discussions with cable TV executives as they move into the wireless world have shown there are currently more questions than answers. However, the approach a lot of them are taking is a sensible one.
For starters, pay television and wireless are teaming up; wireless will continue to grow and play a key role in more and more companies and industries. Meanwhile, social media networks and e-commerce companies like Amazon will also play pivotal parts as the industry moves forward.

Wireless or mobile continues to grow and change

The next question is how will this merger impact the cable TV and wireless industries? According to Kagan, the core wireless industry will remain status quo, but new “slices of this pie” will be created, too. Kagan foresees mobile or wireless continuing to rapidly grow over the next several years.
Currently, Comcast is the only cable to provider that’s stepped into wireless with its Xfinity Mobile service. Charter is expected to follow later this year with what might be called Spectrum Mobile. Altice might enter wireless in 2019, but no name has been revealed yet.
Both Xfinity Mobile and Spectrum Mobile are MVNO players reselling Verizon Wireless. Altice will be an MVNO reselling Sprint, while a number of smaller cable TV companies plan to join wireless like their larger counterparts.

As wireless makes changes as it welcomes the cable TV competitors, pay TV is changing, too. It brings in new competition in the form of AT&T DirectTV NOW, Netflix, Apple TV, Facebook TV, Hulu and others.
Wireless and pay TV has both enjoyed new growth and stable growth, according to Kagan. It’s expected this growth will look different from what we usually anticipate seeing these circles. Over time, new growth will motivate other companies to get into the wireless game, too. That is where the Amazon’s and Facebook’s of the world will enter this new, larger industry.

In examining the new wireless industry, it’s important to first look at the four big wireless carriers: Verizon, AT&T, T-Mobile and Sprint. They currently own the vast majority of the wireless market share and will probably continue to do so for the foreseeable future.
However, Google is now in the wireless field with its Project Fi mobile service. The company is an MVNO and a T-Mobile and Sprint reseller. Meanwhile, smaller companies like Consumer Cellular, Tracfone and StraightTalk are also MNVNo players and reselling wireless services from the major carriers.
Comcast Xfinity Mobile has shown strong growth since it entered wireless a year ago, according to Kagan. He also believes Charter and Altice could show similar success when they enter wireless, but is taking a “wait and see” approach with those companies.

Cable TV companies are not moving into the wireless space like a traditional industry competitor, however. They are not looking at it as competition; they just want to bundle their services to solidify their customer base. Cable TV companies are using this strategy because they recognize the marketplace is changing. Consumers can choose their cable TV company to offer pay TV, mobile TV, wireless phone service, a VoIP-based phone, high speed Internet and more.
Every cable TV company is moving in this direction, although some are doing so faster than others. They understand the more services they can get their customers to use, the more solid the provider-consumer relationship will be. If a costumer uses more than one service, there are more likely to stick around, and retention is all of these companies’ main goal—it’s really that simple.
The trouble cable TV companies might encounter however is phone companies like AT&T and Verizon offer these bundling services, too. Their customers can purchase traditional phone, VoIP telephone, wireless telephone, pay and wireless TV, high speed Internet and more just as easily from them.
Cable TV needs to create sticky customers
Wireless is a new competitive battleground for cable TV companies. That is why they have to add more services if they want to effectively compete with the local telephone companies.
The competitive playing field is always changing—currently cable TV and telephone companies are two side offering the same services. However, Kagan foresees the sides joining forces to create a single, larger communications industry. The question that will remain is, what would that new combined industry be called?
There’s a massive transformation that is taking place in the industry, that could take several years to unfold, Kagan writes. He, like everyone else, has to wait and see how the marketplace, and its leadership, will change.
For now, a golden opportunity exists for companies brave enough to enter the wireless storm and carve out their place in the industry—whether it’s new or current players.

DISH recently announced it completed its $1.4 billion purchase of Boost Mobile. The transaction officially puts DISH in the retail wireless market, where it...
Read more
- Advertisment -