CBRS Will Be Part of FCC’s October Open Meeting Agenda 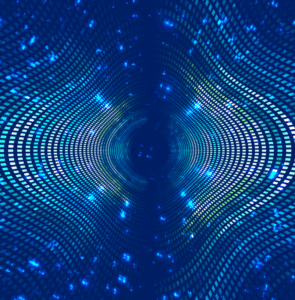 For the better part of 2018, the commercial real estate industry has anxiously awaited for the Federal Communications Commission (FCC) to approve the deployment of the 3.5 GHz Citizens Brand Radio Service (CBRS) for public use.
There have been hints that approval is imminent along the way, like when the FCC released a public notice that established procedures and deadlines to file for initial Spectrum Access System (SAS) and commercial deployment proposals in August. Meanwhile, wireless carriers have shown their confidence that the FCC will eventually approve CBRS as AT&T is working on a 5G-ready CBRS network solution and Verizon has been actively testing CBRS for months.
Although it feels like it’s been reported that CBRS will be approved, “any day now,” that sentiment could actually be coming true. The FCC recently announced its agenda for its Open Meeting on October 23, and 3.5GHz CBRS band is on it. Making the agenda is a big step forward for commercial real estate owners as CBRS would allow them as well as tenants to operate their own 3.5 GHz private LTE service for a more manageable price than the would if they got LTE coverage from a wireless carrier.
The agenda item is labeled, “Promoting Investment in the 3550-3700 MHz Band” and notes, “The Commission will consider a Report and Order that would make limited changes to the Citizens Broadband Radio Service in 3.5 GHz band to increase incentives for innovation and investment, including for mobile 5G services.”
The agenda item has been anticipated for quite some time—ever since it was referred back to the commission for rule revision. The FCC had approved the rules in 2015, but after CTIA and T-Mobile filed petitions to have rules reconsidered last year and since then, the band has not moved forward. Specifics on the proposed changes have not been revealed but FCC Chairman Ajit Pai did mention they’d include a provision that would address renewal expectations. This would allow licenses to be extended longer time-wise than originally proposed.
“Commissioner Mike O’Rielly has taken the lead on exploring ways to better use the 3.5 GHz band, and I commend him for his efforts,” Pai wrote on his FCC blog post. “This month, we’ll take up the plan he’s developed. It makes targeted changes to our rules to promote investment and innovation in this important band. For example, by allowing providers to renew 3.5 GHz licenses, we will substantially increase their incentives to deploy 5G networks using this spectrum.”
Wireless operators have requested Priority Access Licenses last for 10-year terms, come with a renewal expectation and bigger geographic areas that can be auctioned for licensed use. Wireless Internet Service Providers (WISPs) and Internet of Things (IoT) stakeholders disagreed with the request because they favored the census tract sizes that were initially built into the rules, which would let more entities take part in the entire CBRS band.
Despite the debate, CBRS band action has not stopped. The General Authorized Access (GAA) part of the band does not require license auction and it’s expected that portion will be launched by the end of 2018. Government and industry government entities are already moving forward on the band.
The FCC said it is seeking a comprehensive plan to get additional spectrum to the market and update both its infrastructure policy and regulations with its 5G Facilitate America’s Superiority in 5G Technology (5G FAST) plan.
The Open Meeting will begin at 10:30 a.m. EDT in the Commission Meeting Room of the Federal Communications Commission, 445 12th Street, SW, Washington, DC. Open Meetings are streamed live at www.fcc.gov/live.