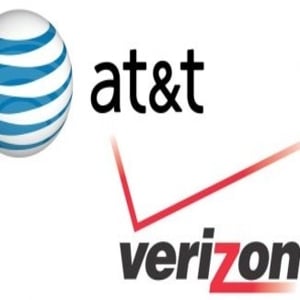 With its FirstNet win and nationwide opt-in, is AT&T winning the public safety market battle?

By the end of 2017, all 50 states, five U.S. territories and the District of Columbia opted in to FirstNet, a nationwide LTE network dedicated to public safety officials like firefighters, police and first responders. Based on legislation passed in 2012, the First Responder Network Authority ultimately awarded the network contract, and $7 billion in funding, to AT&T, which is also investing $40 billion of its own capital into the nationwide roll out.

In addition to the actual construction and commissioning of the FirstNet network, AT&T also gets access to 20 megahertz of 700 MHz spectrum; the operator can use that spectrum, when it’s not being accessed by first responders, for its own commercial services. Additionally, based on comments made by SVP and CFO John Stephens last month at the Deutsche Bank 2018 Media, Telecom and Business Services Conference, the FirstNet build will allow the carrier to simultaneously upgrade existing LTE sites and put additional AWS and WCS spectrum into service. “We can do one tower climb, we can have the crane out there once, we have the people out there once, and they put all three pieces of spectrum in at once,” Stephens said.

Following unanimous opt-in, AT&T got to work on the deployment and hit a major milestone late last month with the launch of a dedicated evolved packet core (EPC) for FirstNet. This is a totally separate core network—the technology that routes data, processes location and other user information, provides end-to-end encryption, comes with dedicated monitoring and is built for superior reliability and availability among other functions–just for first responders.

Chris Sambar, SVP, AT&T—FirstNet said the process up until the core piece was a “non-stop 12 months. The launch of the network core comes a year into the FirstNet public-private partnership. And we’re proud of the quick progress we’ve made in this short timeframe, consistently delivering on or ahead of schedule. But bringing the FirstNet core to life is one of the most exciting milestones yet.”

In a March 29 blog post, Ken Rehbehn, founder and principal analyst at CritComm Insights, called out AT&T core functions First Priority and Incident Management Portal (IMP) as stand out features. First Priority is a multi-level traffic prioritization mechanism and IMP allows FirstNet users to locally control prioritization for other agencies that might need to be involved in a particular situation. “This expansion of priority control is important because it has the potential of creating a network effect that will draw in subscriptions from the electric, gas and transportation sectors,” Rehbehn wrote. “The capability is a win-in for both public safety and the partner organizations. He called the IMP feature “a crucial differentiator that sets AT&T apart from other service providers.”

Speaking of other service providers, AT&T and Verizon go head-to-head in everything from consumer and enterprise mobility to support for the internet of things and connected car services, so naturally the rivals compete in the public safety sector. Verizon has been supporting public safety communications for decades. Since AT&T was awarded the FirstNet contract, Verizon has stepped up its public safety-related outreach efforts and, on March 28 unveiled its own core network dedicated to first responders.

“This isn’t a new marketplace for us,” Maiorana wrote. “This is what we do. Ensuring public safety organizations across the country have access to reliable wireless communications and a diverse ecosystem of products, services and applications is critical for the safety of our communities. A vigorously competitive marketplace where first responders have access to choice and competitively priced offerings is the best path forward.”

“We are implementing the state plans and delivering on our commitment to first responders in each state and territory,” First Responder Network Authority CEO Mike Poth said last month. “I want to thank all of our state and public safety partners who worked so hard with us over the last several years to ensure FirstNet will meet the needs of America’s first responders. The network they asked for is on the way.”

Whether public safety agencies choose Verizon or AT&T for their critical communications needs, Rehbehn, in his analysis, wondered if the core really matters. “While there may be security benefits to isolating the network elements of the core network, the end users see no difference if accessing web-based applications via a FirstNet core or a competitor’s dedicated core.” While that may change as interoperability shapes market dynamics, “Until then, agencies may not have much motivation to shift from other network solutions. Indeed, cost and radio coverage considerations are much more likely to influence agency decisions.”