The Convergence of Connectivity & Proptech 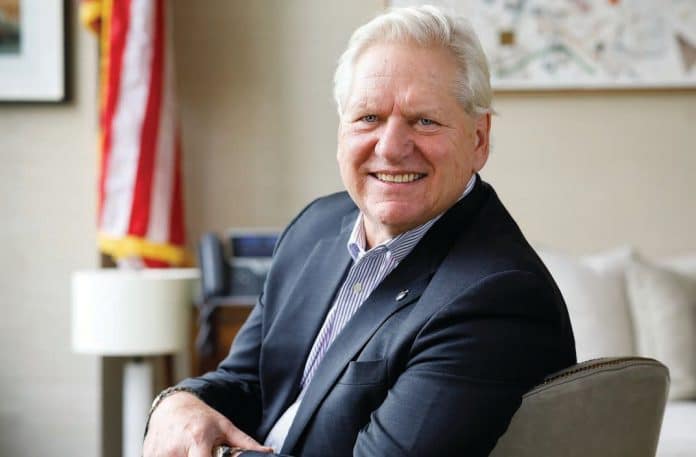 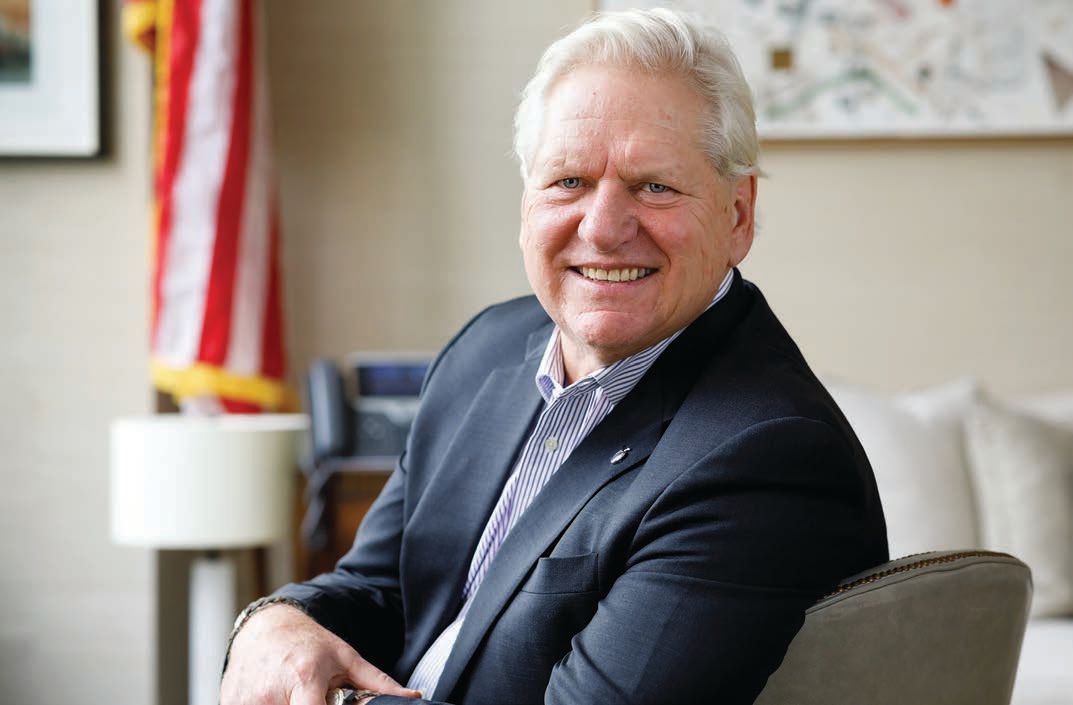 These are the topics Rudin Management Chief Technology Officer and Chief Operating Officer John Gilbert told the audience at his ITEXPO keynote that he wanted to discuss. It was an eclectic collection of talking points, but Gilbert’s hope was that by the end of his presentation, the topics would be connected.

Gilbert managed to take four seemingly disconnected topics and merge them to explain how wireless connectivity and property technology could and would work together to create smarter buildings that could improve tenants’ experience, save building owners money and help save the planet.

“Right before Picasso died, he was asked what he thought about computers,” Gilbert said. “Being the blunt person he was, he said, ‘They’re useless.’ Even though we all know they’re not useless, the reason why he said that was because (computers) only give us answers, the important thing in life is how we frame the question. How we focus on a problem and search for that solution and be specific as we possibly can be.”

When Rudin Management and Gilbert had a vacant, undesirable building on their hands 25 years ago, the question they asked themselves was how could they differentiate that vacant, seemingly obsolete building from the surrounding properties. The solution was to create the New York Information Technology Center. 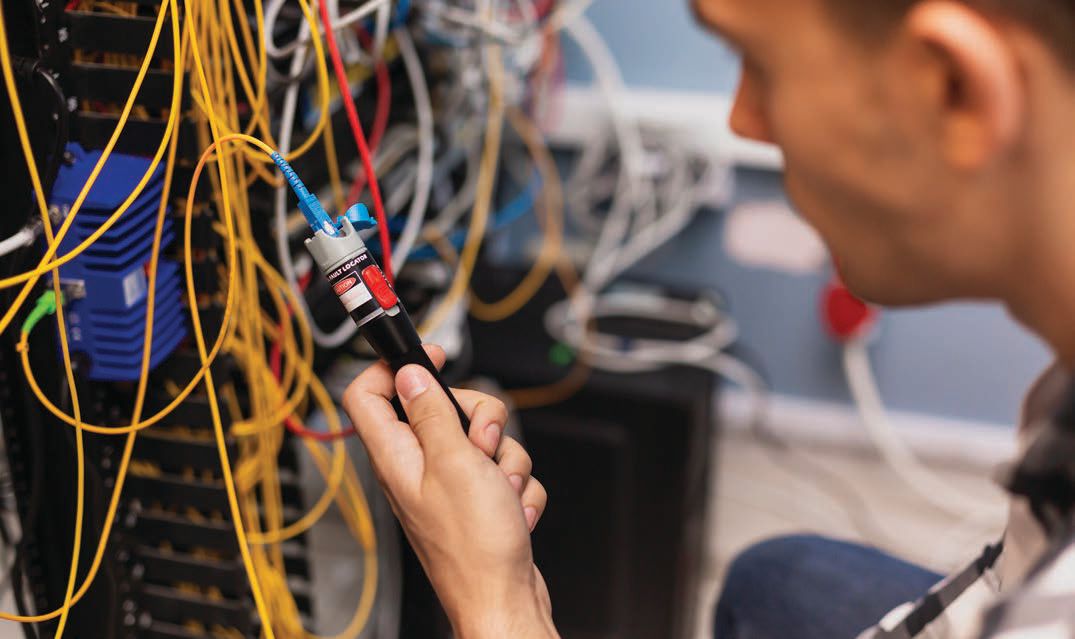 “We created the first building in the world that actually brought optical fiber to the desktop,” Gilbert said. “Meeting this new world of content creators head on and giving them all the relevancy all the raw materials they needed, which were basically a solid building, a community of like-minded people, bandwidth and ultimately flexible space.”

The second time Rudin faced a big question came after a meeting with Con Edison. The energy company wanted to give Rudin external data feeds. Suddenly, Rudin had to figure out how to create a system that would allow it to take the external data, mix it with its internal data and make it actionable within 30 seconds. The answer was an operating system.

“Our buildings needed an operating system,” Gilbert said. “We said, ‘Let’s go find those guys and gals.’ They didn’t exist, so we had to create it ourselves. Again, what was the question that we were trying to ask and answer? What was the problem we were trying to solve?”

What does crude oil have to do with commercial real estate and proptech? Not much, except when people begin to call data the “new oil,” which Gilbert admittedly disagrees with.

Rudin Management made data useful by creating NANTUM, an Internet of Things (IoT) solution powered by Intel that allows CRE owners to lower their expenses by preserving legacy investments. The solution also ensures CRE owners future scalability while continuously improving energy efficiency across building systems. NANTUM was in part created so CRE owners could track all of their building’s data in one location.

Monitoring data can have successful domino effect. For example, looking at occupancy can influence fan speed, which can reduce energy consumption, which can help buildings owners in places like New York City avoid regulatory penalties and fines.

“That data that we’re collecting needs a home and to ultimately be made useful,” Gilbert said. “That’s where software comes in. I think at least from a real estate standpoint, it’s one of those inflection points in our history where if we’re able to solve this concept utilizing data and be data driven, our world changes. I can see our world changing right now.” 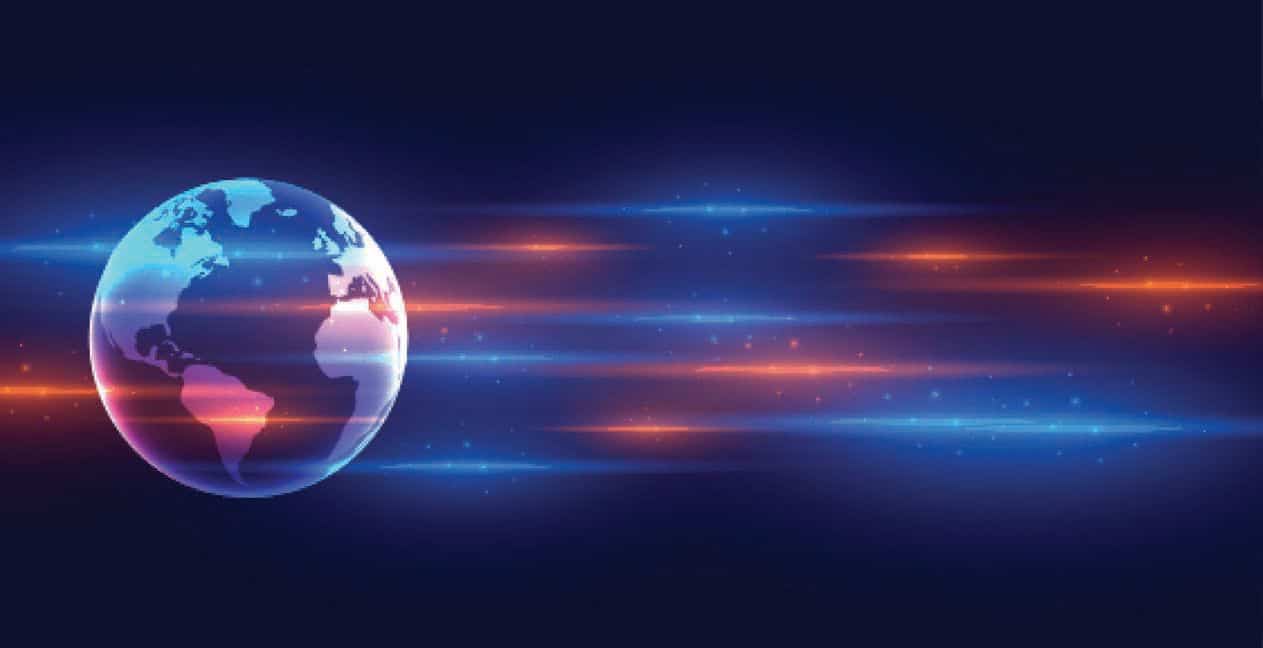 Gilbert referenced a pair of scientists to explain the importance of machine learning in the CRE industry—Albert Einstein, and Erick Kandel who won the Nobel Prize in the Physiology or Medicine category in 2000. Kandel proved the chemistry of memory was as constant at the speed of light, while Einstein theorized that there was only one pure constant—the speed of light. Kandel identified the neurons that water slugs used to remember stimuli and discovered that the human brain uses the same chemistry.

“Why does that matter?” Gilbert said. “Because machine learning is going to redefine the crude oil of data that’s going to make it useful. That is ultimately going to save the Earth because we’re going to figure out ways to optimize and make more efficient buildings a constant. We need to memorize those patterns.”

A building’s water consumption is an example of a pattern that machine learning could pick up, according to Gilbert. The building could recognize how much water is typically used in a day and spot an abnormality if a leak occurs because a pipe burst. The early detection could prevent a building from being out of commission for days.

Machine learning also helps make buildings more eco-friendly. If a building can compute occupancy patterns, it can determine how many lights need to be turned on and whether or not the heat or air conditioning needs to be running at any given time. Buildings lacking such technology experience a lot of wasted energy because air will be blowing as if people are at their desks when they actually are out at lunch. Rudin’s NANTUM system erases that issue by correlating pairs of data that had never “talked” to each other before.

“The best part is I can enhance the experience of my customers with (temperature related) calls by 75 to 80 percent,” Gilbert said. “People feel better; they’re not too hot or too cold, simply by using that same data set that is saving one building more than a million dollars a year—on average 55 cents a foot.” 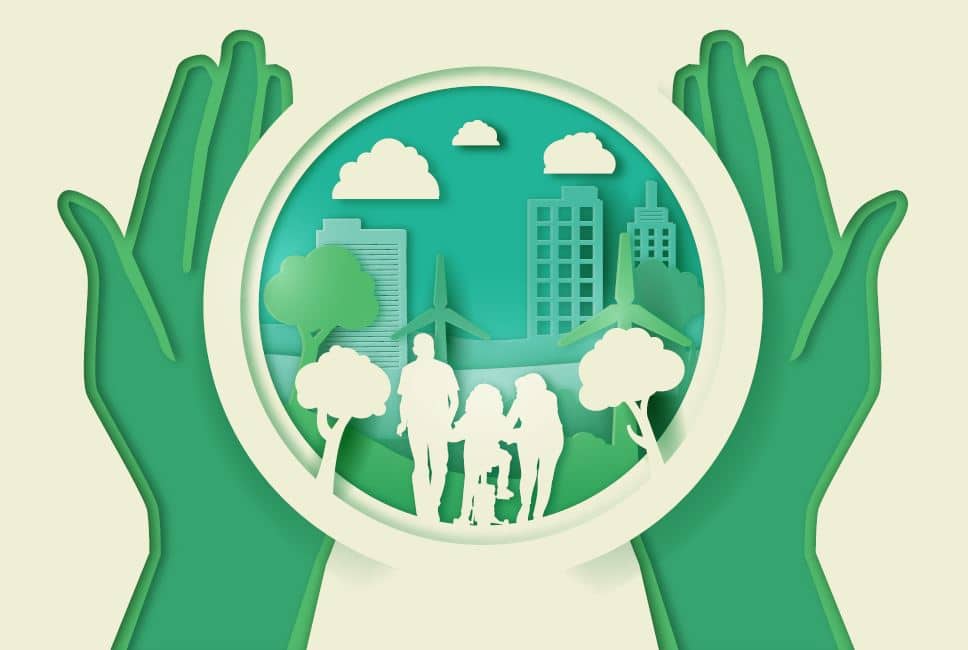 HOW CONSERVING ENERGY IN CRE CAN HELP SAVE THE PLANET

When big companies like JPMorgan Chase, Microsoft and Apple announced they were going carbon neutral, Rudin’s, and likely other CRE owners’, tenants took notice. They also wanted to be able to tell their investors, employees and prospective employees that their company was going carbon neutral. That demand put a lot of CRE owners on notice, but for some, reducing one’s carbon footprint is not as easy as flipping a switch—tenants play a part in these adjustments, too.

“The problem is I’m going to be knocking on (accounting company) KPMG’s door during tax season saying, ‘Hey everyone, it’s time to go home,’” Gilbert said. “Otherwise, I’m paying fines, even though they’re burning the midnight oil doing their customers’ taxes. That does not work; we’re the City that Never Sleeps, and we want to remain the City that Never Sleeps. What needs to happen is engagement between the owner and tenants to identify areas where we can work together to reduce our consumption and carbon footprint. We will make it happen.”

ExteNet Systems, a national converged communications infrastructure and services provider for the CRE industry, recently spoke with Connected Real Estate Magazine on a variety of industry-related topics. ExteNet President and CEO Jim Hyde and VP and CTO Tormod Larsen shared their insights on recent industry shifts, the latest on indoor 5G wireless networks as well as its own indoor solutions and what’s in store for the industry going forward. "We’re seeing an incredible transformation that is driving accelerated demand for digital communications’ infrastructure across the board, and particularly as it relates to our indoor business." CONNECTED
Read more
Cover Stories

As news of the COVID-19 Coronavirus (“Coronavirus”) epidemic continues to dominate the attention of nations across the globe, attention is increasingly being placed on ways to mitigate community spread by pursuing tactics such as self-quarantine and isolation measures as well as distance-based interactions. These efforts are aimed at minimizing close encounters between infected people in order to control the spread of this highly-contagious pathogen. The global pandemic is prompting drastic measures by worldwide governments to limit further social impacts and economic damages. Fortuitously, high-performing mobile health (mHealth) services are now available that provide a variety of options to healthcare
Read more
Cover Stories

Top 10 Women in Connectivity and Technology

As someone who has been a part of the wireless industry since its beginnings, I have had a unique view of the role of...
Read more
- Advertisment -