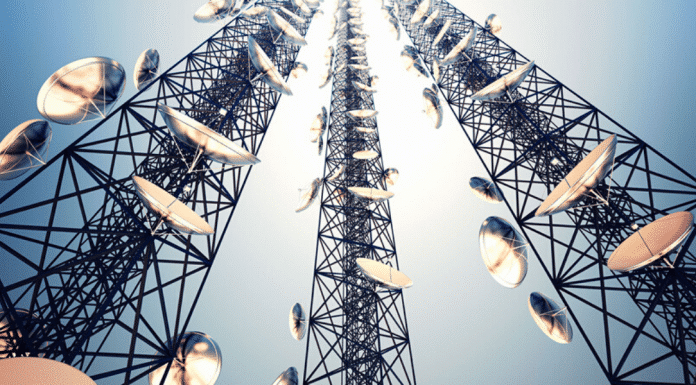 Telecommunications – the art of communications at a distance – is arguably one of the greatest contributors to the advancement of human civilization. From the earliest days of our existence, it has proved essential to drive the spread and growth of society. Some notable examples from history include but are not limited to artwork painted on walls for visitors, the use of strings, knots, beads, and tablets for travelers, fire and water signals (recall the ancient Olympics), plant and animal skin scrolls, musical instruments/horns, tapestries and art, mechanical signaling systems, reflective optics, “chemtronics”, electronics (telegraph), culminating in molecular, biological, genomic, quantum, and now most recently, “celestionics” – the use of celestial bodies systems.

To Act, Watch or Wither?

As many of us are aware, telecommunications are becoming more and more sophisticated and increasingly integrated into our daily lives. Thus, the explosive growth of Internet of Things (IoT) coupled with the near universal iniquitousness of mobile telephony begs the question: how should the industry evolve to continue to provide forward value to its stakeholders? At a more fundamental level, does the industry want to remain a domain leader, pursuing ever more advanced solutions, services, and platforms of things, such as 5G, 6G, and beyond? Alternatively, does the industry want to become more of an orchestration entity, enabling integrated capabilities that foster new workflows, capabilities, and creative pathways – a so-called associated domain leader? Or, is the approach a cross of between the two: a hybrid domain leadership and orchestration model that engenders the scaffolding of new service capabilities from which others can extract value?

The path forward is not shrouded in a fog of ambiguity but rather in one of tremendous opportunity for the enterprising telecom executive. Furthermore, a trifurcated approach – that is, all three above or in any combinations thereof – may even be prudent depending on the timing of execution of domain telecommunication specialties. The key point is that there is no simple formula, and that it may be necessary to adjust course depending on market forces and other factors, exemplified most recently by how a virus fundamentally altered the nature of healthcare operations, empowering consumers, physicians, and providers to pursue and adopt telehealth as a mainstream care modality.

Similarly, SpaceX is building Starlink, a global constellation of CubeSat satellites providing “high-speed broadband Internet to locations where global network unbounded by ground infrastructure limitations” (Starlink, 2020). The latter may seem benign to established terrestrial operators. However, when one considers SpaceX’s innate sub-orbital launching capabilities (their prime business) in conjunction with a low-cost way of maintaining an orbiting infrastructure (by definition, CubeSats bring economies of scale), and combine it with a way to eliminate terrestrial-to-orbital transmission delays (for those readers who are technically minded, either a low-cost, high-efficiency laser or eventually, a quantum entangled communications pathway are two possible solutions), then Starlink could become a very attractive competitive service on a global scale.

Pragmatically, our technically achievements are largely built upon systems of systems, ascribed by Sir Isaac Newton in his famous attributed comment, “If I have seen further it is by standing on the shoulders of Giants”. Similarly, the telecommunications industry has multiple opportunities to move beyond being arbitrators of new technologies, and instead become high-trust stewards via an orchestration-partnership model. This accomplishes several goals.

First, it retains investment in people, processes, and technology, thereby providing a continuum for new technology solutions to flourish: namely, 6G, 7G, and so on. This is critically important in order to preserve existing talent and to capitalize on the application of newly discovered scientific principles to drive growth. A prime example of this is harnessing new innovations in device physics to create more reliable, less costly, and higher-performing mobile services.

Second, by creating agile domain partnerships with industry as opposed to playing the traditional role as a supplier, the telecommunications industry is able to influence and accelerate the development of improved and more immediate human-machine interfaces. Let’s assume that the telecommunications industry adopts an open-connected, pervasive networking model that does not necessarily require a user fee for subscription. By taking a collaborative approach to end point devices, application specific devices may be created. To the mobile operator, this broadens the market base of users by effectively extending licensing beyond individual consumers, and it reduces variability of service migration by the latter since the end points also serve as a registered agent. For example, the clothing and textile industry are developing stretchable, washable, electronic wearables. In this new model, mobile operators could partner to integrate mobile communication, edge processing, and sensory services thereby creating a revenue stream via a personal area network (PAN) for sensing and other user applications. Similarly, in the sports industry, athletic equipment may be designed to directly incorporate all types of mobile operator networking and data analytics services. Another example is that of health and wellness: achieving subscriber-based vitals monitoring and fitness trackers at both a device and a network level.

To circle back to the original question, strategic orchestration must be a part of the industry’s focus in order to remain a relevant and dominant force in the digital world. Service navigation is progressing beyond point solutions and infrastructure-focused offerings. The strategic advantage will belong to those telecommunication organizations that are to synthesize holistic offerings and integrate those into functional processes that are personalized, immediate, informing, and useful. Traditionally subscription-based models alone are not able to fulfill this vision nor are paired “shiniest” object end-point devices as has conventionally been pursued. Embracing orchestration allows the industry to wield considerable influence to direct, manage, and operationalize powerful new capabilities via partnerships with collaborative industries, expanding operating revenues while reducing systematic risk associated with subscription-only models. Furthermore, orchestration allows the industry to play an active role in the development of new human-machine and human-environmental businesses. An example of the former might be supporting the national Aging Independently initiative, providing systems of systems to fulfill specific goals and objectives for the consumer. An example of the latter might be enablement of various areas of scientific research ranging from remote sensing of urban environments to optimization of crop management in agriculture and farming at a root level.

For the telecommunications strategist, it is easy to get caught up in a hype cycle of new technologies and processes. What is more exciting and rewarding is being able to pursue an orchestration approach with industry collaborators to create sustainable value. Edison’s genius was not in the invention of the lightbulb – it was in creating the systems of systems – the metering and distribution and supporting ecosystem to create a new industry. In a similar way, the telecommunications industry has an opportunity to evolve beyond relatively simple contract/subscription-based models, and pursue in tandem an orchestration approach that serves to enhance the value chain by creating new service revenues from industry partnerships. Many enterprising organizations are already forming such partnerships by building relationships with industry beyond point solutions, and the current pandemic has demonstrated the efficacy and sustainability of these relationships at scale and under pressure. The next steps to consider are how to build on these nascent steps by expanding deeper into the scientific research communities forging relationships with and to non-traditional partners such as life sciences, pharmaceuticals, space exploration, and other. After all, we are already demonstrating teleportation in laboratories ….