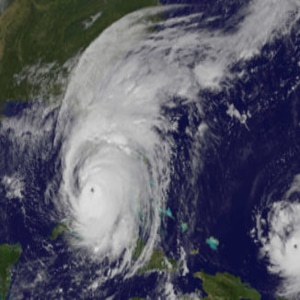 When Hurricane Harvey hit southeast Texas, wireless carriers like AT&T, T-Mobile, Verizon and Sprint wasted no time stepping in to donate data, minutes and money.
After Hurricane Irma wrecked similar havoc in Florida and the Carribbean, these companies once again answered the call to help its customers who were in need.
For example, Verizon not only served as a partners with the Hand in Hand hurricane relief telethon, it lent its support towards the event with more than 2,000 call center volunteers taking phone donations during the live telecast. The carrier also donated $2.5 million to the telethon.

“As one of the largest communications providers in the world, Verizon is in a unique position with both the people and network that make all the difference in the recovery and rebuilding efforts,” John Stratton, executive vice president and president of Global Operations at Verizon said in a statement. “These devastating storms have impacted our customers, employees, families, neighbors and the communities where we live and work. That’s why we’re so committed to working alongside partners like the Hand in Hand event to help return a sense of normalcy to these areas.”

Verizon also deployed a pair of Wireless Emergency Communication Centers (WECCs) in Naples, FL to help hurricane victims get in touch with their friends and family more easily. The generator-powered mobile units have devices such as chargers, computer workstations, wireless phones and tablets to assist people in making contact over Verizon’s Wireless 4G LTE network. 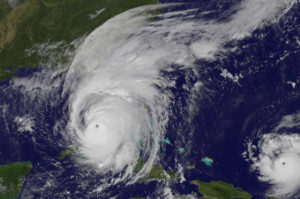 Meanwhile, AT&T made another $1.4 million donation towards Hurricane Irma relief efforts. It matched a $1 million donation to Team Rubicon, along with $150,000 to Telecomes Sans Frontiers, who is helping reestablish connectivity for emergency responders and communities in Caribbean. AT&T also plans to donate $250,000 to area charities affected by the story.
“During disasters, our communities need rapid response, and they also need sustained recovery,” Charlene Lake, AT&T’s chief sustainability officer said in a statement. “The devastation wrought by disasters like Hurricanes Irma and Harvey require a long-term effort to rebuild. Team Rubicon and its cadre of high-skilled, mostly veteran volunteers are the best-of-the-best. We’re proud to stand with them.”
Much like it did during Hurricane Harvey, T-Mobile is making it easier for its customers to contact others. The carrier is offered free calls and texts from the U.S. to the Bahamas, Turks and Caicos Anguilla, Barbuda, British Virgin Islands, U.S. Virgin Island, Sint Maarten and St. Martin. T-Mobile also waived roaming fees on calls and texts for customers in those areas and offered free calling, texting and unlimited data for Florida customers who don’t have T-Mobile ONE though September 24.
T-Mobile also promoted several “Text to Give” campaigns to help victims of Hurricane Irma by letting people know how they could donate $10 via text messages to organizations like Save the Children, the Volunteer Florida Foundation and the American Red Cross.
Sprint also continued its efforts to help its customers affected by Hurricane Irma. It extended its waived text, call and data overage fees period for all Sprint, BoostMobile and Virgin Mobile customers in the Florida Keys, Puerto Rico and the U.S. Virgin Islands though September 22 Customers throughout the rest of Florida saw their fees waived through Sept. 15. Any fees accrued will be waived proactively during the specified timeframe.
“Based on the current track and intensity of Hurricane Irma, our network and emergency response teams are doing everything they can to help ensure Sprint meets any response needs before, during and after the storm makes landfall,” Claudio Hidalgo, Sprint President for Florida, Puerto Rico and U.S. Virgin Islands said in a statement.
To read other topics like this click here.
Facebook
Twitter
Linkedin
Email
Previous articleChoosing the Right Installer for an In-Building Public Safety Radio Project
Next articleT-Mobile US, Sprint mull possible merger
- Advertisement -