Verizon to go all in with 5G 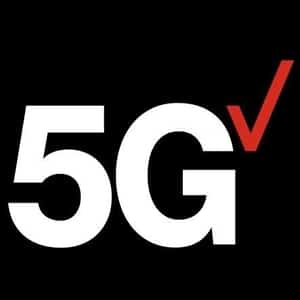 Verizon executives announced 5G will be the critical piece of its corporate strategy going forward during its recent second quarter earnings call, reports FierceWireless’ Mike Dano. The earnings call was the last for CEO Lowell McAdams and first for his replacement, Hans Vestberg.
Both executives were adamant that the carrier’s strategy will be to expand its broadband Internet access business, whether it happens by selling Internet of Things (IoT) services, 5G network services, fiber network services or network-based video analytics and advertising services through Verizon’s new Oath business.
“When I look into the assets we have, and I’ve been working here now for quite a while, I really like the assets we have and the ones we’re building,” Vestberg said during the call. “That will give us the opportunity to be a much larger broadband provider. 5G gives us that opportunity.”
Vestberg also mentioned that Houston would become the third of four cities where Verizon will deploy its 5G-based fixed wireless residential service later this year, following Los Angeles and Sacramento.

While Verizon will use 5G to send its Internet services into fixed locations such as homes and offices, it’s only one of a variety of 5G services the carrier will provide, according to Vestberg. The company also plans to launch 5G mobile services in 2019 and would look into other services beyond that, including for Verizon’s enterprise customers.
“We are in constant dialogue with our enterprise customers to see how we can build new types of services for them,” Vestberg said. “We could do a specific slice for an enterprise and that could be a private 5G network with low latency or something like that. So, we see that as a great opportunity.”
McAdam stressed 5G’s importance to Verizon’s future, too. The service is expected to be the centerpiece of the company’s “intelligent edge network.”
“We are positioned to be the clear leader in the deployment of 5G services based on our technological expertise, asset base, engineering talent and spectrum portfolio,” McAdam said during the call. “This leadership position is attracting opportunities in areas such as over-the-top TV, smart cities, transportation, education and healthcare, just to name a few. I believe the impact of 5G on consumers will be much bigger than any previous generation. But the biggest impact will be on businesses as we provide the platform for the fourth industrial revolution. We know the consumer requires a mobile-first, digital-information experience, and the new businesses that we have added such as Oath and our IoT platforms are poised to be at the forefront of enhancing our ability to meet this growing customer demand.
“The cornerstone of our strategy will always be network leadership and customer experience.”
Verizon has made it clear it is going “all in” with 5G. What it has not been as clear about however is what that means. To this point, Verizon executives’ statements about its future with 5G have been somewhat vague.
However, McAdam and Vestberg did share some insight about the company’s 5G plans—one of them being that Verizon is not increasing its spending too much prior to its 5G launch. Verizon stated it anticipates its overall 2018 capex will be on the low end of its $17 billion to $17.8 billion guidance.
“We also can build so much more efficiently with new technologies and multipurpose equipment,” Vestberg said, “We put in a new process for capital efficiency that [CFO] Matt [Ellis] and I are sharing. And I think that’s what you’re seeing right now.”
Vestberg also mentioned Verizon plans to cut $10 billion costs in operations by 2020 and that most of the company’s capex will not be put towards macro cell towers. Instead, most of its investment will go towards densification with small cells. Additionally, Verizon continues to invest in fiber to bolster its 5G buildout and network densification efforts, according to Vestberg. Verizon will deploy fiber into 50 cities outside of its traditional ILEC fiber footprint.
When asked if Verizon would acquire additional millimeter wave spectrum, which is expected to form the basis for much of its initial 5G deployments, Vestberg said the company is, “looking into any auctions that are coming up,” and also that, “we are feeling good about the position we have on millimeter wave.”
McAdam interjected to address concerns that Internet provider businesses are largely mature and do not warrant the investment that Verizon is making.
“I really don’t think much about post-pay or smartphones or any category you want to look at as an opportunity for future growth,” McAdam explained. “There are so many things that we have absolutely zero percent penetration today that are going to be big businesses five years from now. That’s why I’m so excited to see the way we’re positioned.”
Verizon’s all in approach to 5G is both worrisome and worth watching, Dano wrote. Verizon invested heavily in LTE early, which allowed it to be a leader in the U.S. mobile market and is perhaps why it’s using the same strategy with 5G. However, AT&T and Comcast’s similar strategies of embracing video, advertising and content could be a sign that the operators are not sure how much can be really gained from the sale of network access.
Time will tell if 5G is as transformational as Verizon expects it to be, or if the wireless industry peaks with LTE.