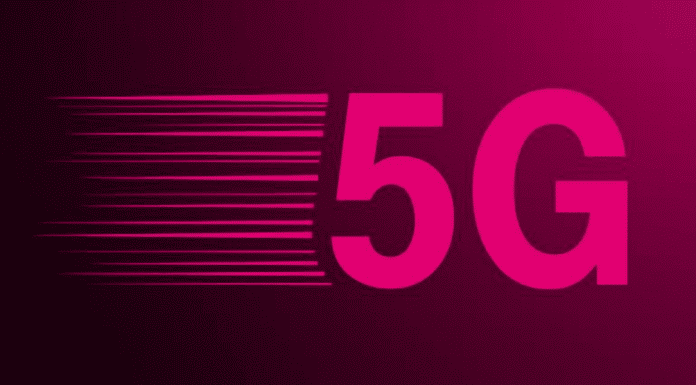 Wireless carrier T-Mobile recently announced it passed AT&T as the number two wireless provider in the United States in total branded customers based on its second quarter results.
“In the company’s first quarter since closing the Sprint merger and during an unprecedented social and economic climate, the New T-Mobile established itself as the undisputed growth leader in wireless by continuing to lead the industry in total branded net customer additions for the 22nd consecutive quarter,” the carrier said in a release.

Since T-Mobile officially closed its merger with Sprint in April, the carrier has focused on integration and remains confident that it can “unlock massive synergies” and “build the world’s best 5G network.” T-Mobile has already converted thousands of legacy Sprint stores and added tools and systems to serve its customers in all of its stores. The company’s recent Un-carrier deal, which is available for a limited time this summer, lets customers get four lines of limited data for just $25 per month (plus tax) including across its 5G network.

“Surpassing AT&T to become Number 2 was a huge milestone to kick off (the second quarter), but that was only the beginning! In our first quarter as a combined company, T-Mobile led the industry in total branded customer adds – even in a challenging environment – and there is no doubt that we are the leading growth company in wireless,” T-Mobile CEO Mike Sievert said in a statement. “Now we’re setting our sights on Number 1 – in customer choice and customers’ hearts – and we’ll get there by doing only what the Un-carrier can do: offering customers the most advanced 5G network and the best value while continuing to make big moves that fix customer pain points and disrupt this industry. I’m excited about what’s to come in this new T-Mobile era – we’re just getting started!”

T-Mobile has embarked on a program to assist real estate owners to get cell phone coverage inside their buildings dubbed BYOC. This program has been effective in helping T-Mobile to be more important in the in building space and make sure that its subscribers don’t lose signal when they walk into a building. It is generally accepted that 80% of all calls are initiated indoors and given this stat it is imperative that cellphone users feel comfortable with the fact that their phone will work indoors and outdoors. T-Mobile seems to be the most aggressive carrier in assisting owners with insuring good indoor coverage with their BYOC program.

T-Mobile recently made another big announcement—the carrier said it’s the first in the world to launch a commercial nationwide standalone architecture (SA) 5G network. The launch expands the carrier’s 5G network to approximately 2,000 more cities and towns, and brings 5G deeper into buildings as well as sets the stage for “future groundbreaking applications.”

“Since Sprint became part of T-Mobile, we’ve been rapidly combining networks for a supercharged Un-carrier while expanding our nationwide 5G footprint, and today we take a massive step into the future with standalone 5G architecture,” T-Mobile President of Technology Neville Ray said in a statement. “This is where it gets interesting, opening the door for massive innovation in this country — and while the other guys continue to play catch up, we’ll keep growing the world’s most advanced 5G network.”

T-Mobile’s initial phase of 5G focused on delivering new 5G radio capabilities while leveraging existing LTE core networks, which has been key in accelerating the carrier’s 5G deployment. Today, the company says its new 5G core will be able to unlock fast speeds in more places as well as unlock real time responses and massive connectivity. T-Mobile’s SA combined with core network slicing in the future could create an environment where applications like self-driving cars, supercharged Internet of Things (IoT) and real time translation are possible. T-Mobile said its engineers have already seen a 40 percent improvement in latency during testing in SA areas.

For now, SA allows T-Mobile to deploy its whole 600 MHz footprint for 5G. With non-stand alone network architecture (NSA), 600 MHz 5G must be combined with mid-band LTE to access the core network. However, without SA, the 5G signal can only go as far as mid-band LTE. T-Mobile’s launch will allow 600 MHz 5G to go beyond mid-band signal and cover hundreds of square miles from one tower and go further into to buildings than before.

T-Mobile worked with Cisco and Nokia to build its 5G core and Ericsson and Nokia for the 5G radio infrastructure. OnePlus, Qualcomm Technologies and Samsung helped the carrier ensure existing devices could get on SA 5G with a software update.