Verizon CEO Hans Vestberg was a guest speaker at the Yahoo Finance All Markets Summit last week. Vestberg spoke of how 5G would have a significant impact on how customers and businesses operate worldwide, Yahoo Finance reports.

Vestberg pointed to three cases where 5G will impact businesses. The main consumer use case includes 5G smartphones. In-home 5G, which Verizon started to deploy in 2019. Lastly, edge computing 5G, which represents the type of 5G businesses will leverage.

“I think we are going to see an extraordinary impact of 5G in the next couple of years here,” Vestberg said at the summit.

5G offers high-bandwidth and low latency that could be up to 100 times faster than the 4G LTE connections. Verizon has committed to deploying its 5G network in 30 cities by the end of this year.

“I think that the progress is really good,” Vestberg said regarding Verizon’s 5G deployment. “We outlined in the beginning of the year that we want 30 markets this year, we have so far launched 13 markets, and they are coming at the latter part of the year.”

So far reviews for Verizon’s 5G connectivity in cities has been mixed. The consensus has been networks speeds are incredible—when it’s available. Users have reported speeds of 1Gbps—a significant jump from the 60 Mbps a user might see on a 4G LTE signal. The negative part of the reviews stem from spotty connectivity. Users reported having to stand in specific spots to get a 5G signal and would lose it when they moved more than a few hundred feet away. Additionally, physical objects can block the 5G signals.

Yahoo Finance says the blockage is a result of Verizon and AT&T, using millimeter wave 5G technology. While millimeter 5G technology resides in the high end of the 5G spectrum and provides high-speed connections, it also can’t travel far and users lose connectivity when they move away from a 5G site. Carriers are forced to cover cities with millimeter wave 5G nodes so users can enjoy high speeds wherever they go.

Verizon and AT&T are working on low band spectrum too so users can enjoy the same distance they get from their 4G LTE connection. However, Verizon consumer group CEO Ronan Dunne stated the low-band spectrum speeds would be on par with “good” 4G LTE service. Sprint, which is in the midst of merging with T-Mobile, is also working with mid-range spectrum. Doing so could put Sprint in the lead of the 5G race because mid-range spectrum can offer faster speeds than 4G LTE. With more range than millimeter spectrum, this is the kind of the “happy medium” for 5G.

Vestberg also addressed concerns about Huawei. The U.S. government banned the Chinese telecom company because it feared the company’s relationship to China’s People’s Liberation Army. They are concerned it could help it spy on the United States’ interests in citizens. Vestberg assured the attendees that Huawei would not be an issue because the carrier has never used its components and does not intend to in the future. 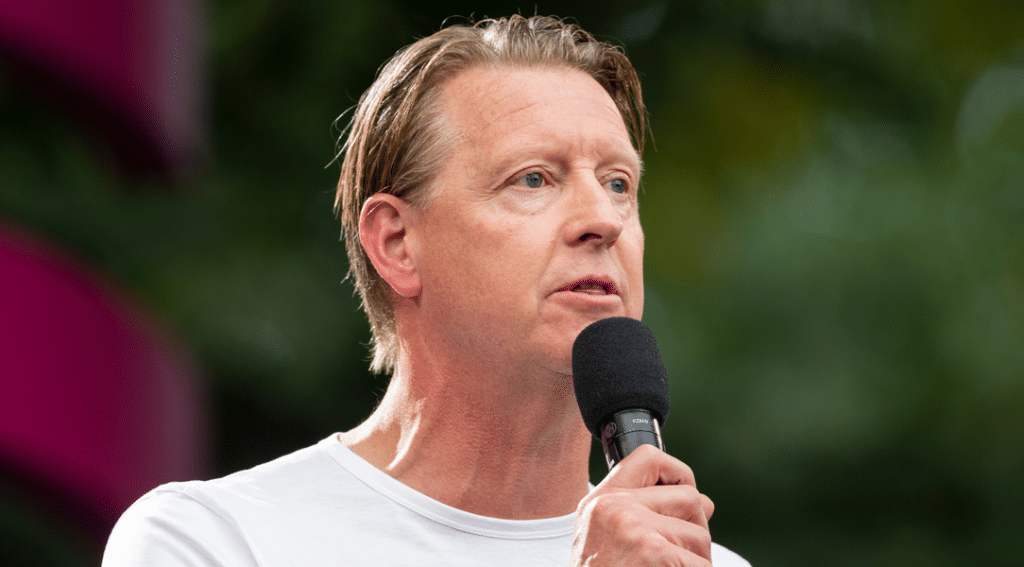 Vestberg says There could be an issue if 5G split into two competing standards rather than the current setup . The only way that would happen is if Huawei decided to separate itself and create a new standard 5G like when 3G was split between CDMA and GSM technologies. When that split occurred, Verizon device users could not use their phones in countries that used GSM because their devices relied on CDMA tech. Traveling with connected devices became much harder.

“If we go back to different standards, CDMA GSM, that’s not good,” Vestberg said. “That’s not good for the planet.”