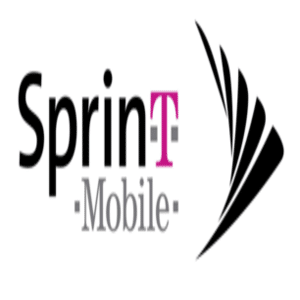 By now, you are probably aware that the merger is on again between Sprint and T-Mobile.  The $26.1 billion all stock deal was announced on Sunday April 29th – since then, the details have been discussed in multiple news sites.  Rather than regurgitate the details ad nauseum, we thought we would consider how this deal is likely to impact the commercial building owner and manager and, of course, the wireless networks in the buildings.  To be frank, iGR has not been huge fans of Sprint’s recent strategy, specifically when it comes to network build and network spending.  Or rather, the lack of spending.  At iGR, we view T-Mobile merging with Sprint as necessary for Sprint’s survival.  If the deal falls apart, Sprint will be back in the situation it was before the deal: lots of unused spectrum, lots of debt and struggling sales.
T-Mobile and Sprint have said they will spend a combined $40 billion on their 5G network in the next few years.  This is essentially the current capex spend from each company plus a little bit.  Some are assuming this will be spent on traditional consolidation activities – moving radios, antennas, replacing equipment, etc.  But I am not so sure – I see an opportunity for T-Mobile to make a massive shift in its network architecture and make extensive use of virtualized solutions, including cloud RAN.  This would enable T-Mobile to move quickly to a true 5G network architecture, reduce operating costs and have a very flexible network architecture.  AT&T and Verizon have been spending on virtualized solutions for years – T-Mobile has an opportunity to leap frog.
For in-building solutions, Sprint has been quiet for some time – as the company has had to cut back on capital expenses, so little to no capital has been available to fund mobile networks in commercial buildings, stadiums, hotels, etc.  Contrast this with the high level of activity by both Verizon and AT&T, who funded multiple stadiums and commercial buildings in the past.  While that activity has declined significantly in recent years, both Verizon and AT&T are involved with third parties who are building in-building mobile networks.
T-Mobile also has considerable commercial in-building activity.  T-Mobile has historically lagged in-building deployments, preferring to invest in its outdoor network and specifically deploy LTE as quickly and as widely as possible.  The carrier has made significant improvements to its nationwide network (as seen by its success in attracting new consumers each quarter).  And T-Mobile has extensive activity with third parties deploying in-building commercial networks.  Today, T-Mobile sees improvements in commercial building networks as a way to off-load mobile data traffic from its outdoor networks.  In short, improving in-building coverage improves the experience on the overall T-Mobile network.
Assuming the T-Mobile Sprint deal therefore goes ahead and is approved (more on that in a moment), we can expect increased in-building mobile activity – T-Mobile is likely to use a significant amount of the $40 billion of network investment to get its networks inside commercial buildings.  This will obviously benefits its subscribers who use their smartphones and tablets in commercial buildings, but is also likely to mean more opportunity for commercial building owners and managers to get network deployed.
Which brings us to The $26.1 Billion Question:  do we think the T-Mobile – Sprint deal will be approved?  In a normal world, it would be difficult.  But so many things are up in the air right now, it is very difficult to say.  Aside from the usual concerns about market consolidation, lack of competition, etc, iGR’s bigger concern right now is that the deal gets pulled into a future larger trade dispute.  T-Mobile is owned by Deutsche Telekom and Sprint, of course, is owned by Softbank from Japan.  So what we have here is a German company and a Japanese company merging to control about one third of the U.S. consumer wireless market (the new company will be about 76 percent owned by DT and Softbank).  Under normal circumstances, this would not be too much of an issue, since the U.S. has strong strategic, economic and trade ties with each company.  But the situation under this administration is different – as I write this, the White House has delayed aluminum and steel tariffs for some trade partners (including the EU) for 30 days.  While much of trade discussion has been targeted at China, some comments have been made about the trade imbalance with EU countries and specifically Germany. Right now, there are few issues but that could change in 30 days.  It could change tomorrow.  Right now, iGR put the chances of deal approval at about 1 in 3 – 33 percent.
You can read more about this deal and it’s effects on the CRE Market here

Facebook
Twitter
Linkedin
Email
Previous articleSprint, T-Mobile Face Tough Sell and What Merger Could Mean for CRE Companies
Next articleCBRS Alliance gets certification program underway, What does it mean for CRE
- Advertisement -