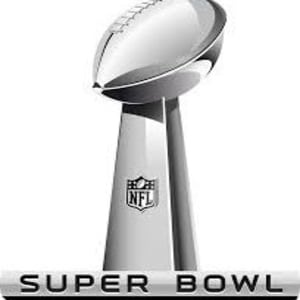 The fans on hand in Minneapolis for Super Bowl LII—including selfie-kid-, saw the Philadelphia Eagles upset the New England Patriots and, in the process, consumed a record-setting amount of mobile data. While the exact amount of data used on game day is hard to pin down based on variability in metrics reported, here’s a look at what the big four carriers are saying about their network performance.
Sprint customers used 9.7 TB, which represents a 94% increase over the 2017 game. A Terabyte is equivalent to 1,000 Gigabytes. Detailing how customers used that data, Sprint said 25% went to social media, 26% to audio streaming, 22% to video streaming and 27% to web browsing. 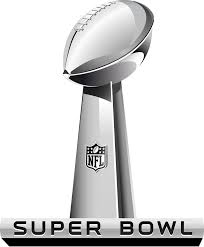 AT&T says its customers used 7.2 TB “in and around the stadium,” and used 21.7 TB within a two-mile radius of U.S. Bank Stadium. T-Mobile US didn’t quantify exactly how much data its customers used, but, in keeping with its marketing strategy, touted the fasted download and upload speeds, 121.02 Mbps and 28.73 Mbps, respectively. Those figures are based on crowd-sourced data, which a Verizon VP described in a BGR report as “meaningless…very easily manipulated.”
As for Big Red, it says its network delivered the highest average download speeds within the stadium, which is based on “third-party testing by P3 of all four national carriers during the game.” On Super Bowl Sunday, Verizon customers used 18.8 TB of data in and around the stadium, which the carrier says is the “equivalent of a single user binge watching HD video for 435 days.” To the extent that that’s a helpful depiction of 18.8 TBs, try this one on: binge watching HD video for 435 days is the equivalent of watching the entire HBO series Game of Thrones all the way through about 164 times.
It’s important to note that carriers always make a huge deal out of the Super Bowl. Just like the two teams on the field, they all want to essentially win connectivity for the event and associated activities. As such, all four major U.S. carriers spend millions in upgrading stadium distributed antenna systems, deploying small cells and setting up all sorts of temporary network infrastructure like cells on wheels, cells on light trucks and so forth. The operators also make many permanent upgrades to the host cities.

AT&T said it invested some $40 million in the Minneapolis area for temporary and permanent network upgrades. AT&T, which last year won the $7 billion contract to deploy FirstNet, a nationwide LTE network dedicated to public safety officials, activated FirstNet to a limited extent in Minneapolis for the Super Bowl. According to the carrier, “Even with the high traffic, the hundreds of first responders we equipped with FirstNet didn’t have to compete with fans for access to network resources. Instead, they had a reliable, highly secure and always on connection.” In addition to the money from the government, AT&T is investing around $40 billion into FirstNet. The deal comes with access to 20 megahertz of prime 700 MHz spectrum; when it’s not being used for public safety purposes, AT&T can reuse that spectrum for its commercial services.
To get an idea of the level of investment that goes into network infrastructure for the Super Bowl, let’s follow Brian Mecum, Verizon’s head of the west area network team and veteran of five Super Bowl network deployments. Mecum got to Minneapolis on Jan. 28; at the airport, Verizon installed a new DAS that increases capacity by 1,000% and providers coverage in tunnels and on the tarmac. On Jan. 30, Mecum walked the stadium conducting tests of coverage and capacity from the 1,200-antenna DAS, which features antennas concealed in hand and drink rails and under seats. He also conducted testing of the more than 230 small cells Verizon deployed in Minneapolis in key areas like the Nicollet Mall, which hosted Super Bowl Live. In the run-up to Super Bowl Sunday, Mecum walked a total of 62.43 miles conducting network inspections and tests.
If you enjoyed this article you may also enjoy: How does one choose the Right Installer for an In-Building Public Safety Radio Project?