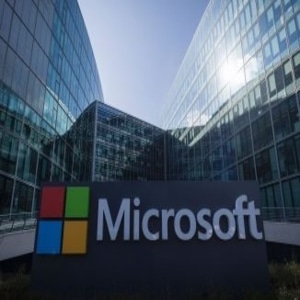 CEO lays out trends that will shape Microsoft strategy

The internet of things; artificial intelligence; the network edge; the cloud; data analytics—these are all technological topics unto themselves, but taken together, the combination will serve to digitally transform the way businesses operate. That’s the bet Microsoft is making with its recent announcement of a planned $5 billion investment over the next four years.
At a high-level, IoT solutions are all about reducing operational expense and increasing organizational productivity. Say your company manages three or four high-rise, commercial buildings in Midtown Manhattan. These buildings would likely contain thousands of trash bins that need to be regularly emptied. To do this, janitorial staff will divide and conquer according to a static schedule; sometimes bins will be overflowing, sometimes they’ll have a single scrap of paper in them. Same scenario, this time you’ve put cheap sensors into the bins and connected those sensors to a monitoring portal. Now those janitors won’t waste any time checking bins that don’t need to be emptied. In fact, an intelligent cloud-based system could even prioritize which bins need to be emptied most immediately and correlate that with the location of the bins. Now your janitors have the most efficient possible route to follow as they go about their business. The outcome is improved waste management, less interaction with dissatisfied tenants and a janitorial staff with more time to take on new projects.
That’s a hypothetical, but very much in the vein of a solution set Microsoft can deliver with its IoT portfolio, which covers device operating systems, analytics, cloud services and other integral parts of the IoT equation.
In a recent blog post, Microsoft Corporate Vice President Julia White, who heads up the Azure cloud business unit, called out how customers are deploying IoT solutions. Johnson Controls put together a smart thermostat that automatically optimizes building temperature, which has big implications for power usage. Schneider Electric built a solar energy solution for deployment in Nigeria that can be remotely maintained. And those are just two of many IoT case studies that demonstrate the advantages of converting formerly dumb objects into smart devices that create value.
“With each new implementation,” White wrote, “we’re witnessing a unique transformation. We’re also getting a look into how both customers and partners overcome the specific challenges of building an IoT solution that harnesses massive amounts of data. Whether they’re building products that transform the home, office or factory floor, one thing remains clear: IoT is a collaborative, multi-disciplinary effort that spans cloud development, machine learning, AI, security and privacy.”
To bring all this together, Microsoft CEO Satya Nadella, based on a March 29 email sent to employees and titled “Embracing our future: Intelligent Cloud and Intelligent Edge,” has reorganized the leadership structure at Microsoft as well as the how the company’s various groups work together.
Nadella laid out the three mega-trends he sees as shaping the future of Microsoft and the future of everything: “First, computing is more powerful and ubiquitous from the cloud to the edge. Second, AI capabilities are rapidly advancing across perception and cognition fueled by data and knowledge of the world. Third, physical and virtual worlds are coming together to create richer experiences that understand the context surrounding people, the things they use, the places they go, and their activities and relationships.”
There’s a lot to unpack there. The cloud, as most of us know it, resides in a data center somewhere and we access what’s in that cloud—your Facebook pictures, an episode of Wild, Wild Country on Netflix, video editing software, whatever—over the internet. But, as the IoT develops and networks get faster, a far away cloud might not be good enough, so you put a version of that infrastructure at the network edge. Autonomous cars are the easiest and best example. Your car will connect to cloud services for infotainment, navigation, things like that; but when it’s deciding how to best navigate a hazardous situation, you don’t want to wait for data to flow to and back from a centralized cloud—that same functionality needs to be at the edge where the car is. A faster response time, latency in network parlance, could literally equate to life or death. Artificial intelligence is nascent but moving fast. Sophisticated computers can be trained based on existing data sets and then make inferences about unknown data sets. As this process matures, Ai could make the decisions normally made by people, and likely make them more quickly and with a better outcome. That third point about the marriage of virtual and physical worlds speaks to the promise of augmented and virtual reality. Think of a project foreman overseeing construction of a building. Instead of running back and forth to the trailer to consult blueprints and other planning documents, he or she could pop on an AR headset and see what the finished product, still currently a construction site, is supposed to look like.
This combination of cloud, edge, AI and IoT is a priority for Microsoft and for virtually every other major player in the tech space, so stay tuned for more and may you live in interesting times.
Follow Connected Real Estate for more wireless new