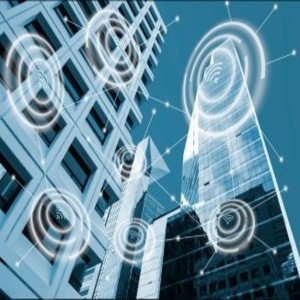 Many organizations that are looking at a new building or facility being built; implementing a new network infrastructure for Cloud Computing; adding more in-building wireless capacity or any other network capability; better look closer at their network designs. Why?

All the cabling needed to build the network should fit the lifespan of the building or facility, not the lifespan of the technology that is hanging off of it.
Many network architects, network designers and “certified” network engineers seem to be forgetting this fundamental design concept when they begin their work in designing and configuring a network infrastructure.

They also seem to forget what are the real total costs involved in building a network, maintaining it, modifying it, and upgrading it.

Network architecture decisions need to be made when ALL the cost variables are analyzed and accounted for – not just upfront costs.

LOOK AT THE TOTAL COST, NOT JUST THE UPFRONT COSTS
Over two decades ago, I discussed the True Total Cost of Networks in several articles as well as a couple of presentations.
The formula was TTC = UC + (OC + OIC) + HC
where UC = Upfront Costs
OC = Ongoing Costs (external)
OIC = Ongoing Internal Costs
HC = Hidden Costs

Unless you factor all of these variables together, it does not add up to the True Total Cost (TTC) of the network.
Many people must have missed the articles, whitepaper and presentation because few actually look at network projects using the True Total Cost approach.
By implementing their incomplete network design and then having to go back and re-cable it later because it became prematurely obsolete, they have proven that there is another hidden cost involved in their shortsighted approach when cabling new buildings: The Cost of Disruption (COD).

THE COST OF DISRUPTION (COD)

There are many who will initially argue against this “expanded” cost structure of TTC and say that the customer won’t pay for it. To that, I say, “You need to sell the customer on why it is important to take all these costs into consideration and install the network that is going to last longer.”

The design costs too much? You don’t want to initially pull fiber along with the copper cable and pay for all the labor once, instead of twice? Why not? There is a legitimate cost savings there (just the labor cost alone is significant).

Not good enough? Calculate the “Cost of Disruption” then. How much does it cost three to five years from now when the new building is all built out and occupied, and now you have to upgrade the wiring throughout the building because you do not have the capacity anymore for all the applications needed to be serviced? Bring in the labor to do the job – again.

Move out the desks, break open the walls, pull cable from point A to point B, repeat 500 or 1000 times, disrupt whoever is working there, and tell them it will only be a few weeks before everything will be upgraded.

Calculate all the demolition and re-building along with all the labor. Calculate the additional drywall needed, the re-painting of the walls and other finish issues. Calculate lost productivity throughout the workspace.

What if it is a law firm or a medical office? How many hours are lost? It is not just the cost of materials and labor for the job, it is also the cost of disrupting all those people who are supposed to be working in the workspace.

COD is a real additional cost to the TTC. Are you really saving money upfront by not pulling through that extra cable at the time of the initial cabling installation? I know you aren’t.

Every example of NFL stadium or convention centers, like the Tampa Convention center where a wireless DAS antenna system was installed and all they ran was copper-based cable to all the antennae endpoints, are ALL prematurely obsolete.

They should have also run fiber optic cable right alongside so when the next-generation antennae come out that are fiber connector-based, they could make a simple upgrade at the endpoint instead of running all the cables all over again.

Add to the Cost of Disruption the extra penalty of “Extra Cost to Upgrade” because the added labor cost. That could be enough for some accounting person to say no to the upgrade because it costs too much.

The end result: A prematurely obsolete installation having far less capacity than what it should have, making the building or venue less viable.

So will you do it right the first time, or will you suffer the problems of a prematurely obsolete venue?

With a prematurely obsolete venue, you will incur costs to do the additional upgrade and the extra Cost of Disruption as well as the Extra Cost to Upgrade.

Former award-winning adjunct faculty member at Northwestern University in both Executive Masters and undergraduate programs (1986-2006) He pioneered courses in Network Security, IT project team dynamics, Six Sigma, and international applications of technology long before others offered them.

His original “Platform for Commerce” definition of infrastructure and its impact on economic growth is adopted and referred to by the US ARMY Corps of Engineers (2014). His recent whitepaper on NANOKRIEG: Attaining Global Net Superiority published in the American Intelligence Journal (2018) breaks new ground in setting higher standards for cybersecurity, cyberdefenses, and protecting critical intelligent infrastructure.