5G forecast forces owners to prepare for next gen wireless 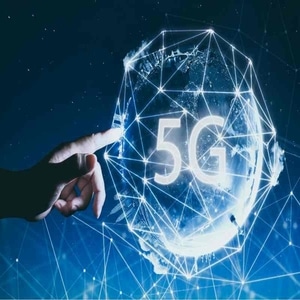 There’s a change coming to the wireless industry that could see any digital device optimized from phones, tablets, watches, cars to even entire office towers, writes Real Estate Weekly’s Kyle Campbell.
Wireless carriers are getting ready for the first wave of their fifth generation (5G) cellular technologies. Meanwhile, properties are deploying extensive, in-building networks to ensure their buildings are ready as well.
“Real estate owners realize that reliable coverage is important to prospective tenants, they’re seeing higher occupancy rates in buildings with good service,” Bill DelGrego, vice president of sales at ExteNet Systems told Real Estate Weekly. “But they’re also worried investments they make now are going to be obsolete in a couple years.”
Companies are moving forward with 5G preparation despite the changing technology however. For example, Silverstein Properties has built distributed antenna systems (DAS) in World Trade Center towers Three, Four and Seven to carry cell service throughout all three towers. Meanwhile, SL Green is doing the same with One Vanderbilt as are developers in Hudson Yards, where office tenants are reviewing their leases to ensure their spaces will be ready for 5G by the time their move-in date approaches. Done properly 5G should be an addon technology to these systems.
Network carriers had traditionally paid for in-building DAS Systems. While that’s no longer the case, owners are increasingly responsible responsible for preparing their buildings to meet the demand now and in the future.
“We do not expect a revolution in the next two or three years in terms of our tenants demanding 5G,” Jason McCalla, Silverstein’s vice president of operations, told Real Estate Weekly “But when we get that call, we will be ready.”
There is no official timeline when 5G will be widely available. T-Mobile and Sprint are aiming for trials in New York later this year and in early in 2019. Meanwhile, Verizon and AT&T have ventures in the same timeframe planned elsewhere. There probably won’t be a national 5G system until a global standard is set, however and that may not occur until 2020, possibly later.
DelGrego noted he has seen the DAS technology demand increase recently, but with 5G on the horizon, a lot of ExteNet Systems’ customers are concerned about their investments’ longevity.
“The common fear is that the 5G standard is going to come in and the system that they’re spending all this money on is going to be negated,” he said. “The truth is the majority of the system isn’t going anywhere when 5G arrives. The fiber isn’t, the cable isn’t, the antenna may need to be changed but the rest of the backbone should be good for 20 to 25 years.”
As a new generation of cellular technology comes about, there tends to be a paradigm shift in communication. First generation phones brought about mobile voice calling, and then the second generation added text messaging, for example. Then 3G added email and some light Internet capabilities before the current 4G standard with broadband-like connectivity became commonplace. “We’re 10 years down the road on 4G and in many places the coverage is still spotty,” said Rich Berliner, CEO of Fifth Gen Media. “There’s no way 5G will be some sort of ubiquitous coverage in 12 months or even potentially five years,” he continued.
When 5G is released, carriers say it will bring seamless streaming and the ability to reach to a broader spectrum of devices like self-driving vehicles, smart home appliances and building infrastructure.
“The Internet of Things will explode with 5G,” Jim Hormann, head of AT&T’s network operations in New York told Real Estate Weeky. “Speed will increase, too, but I don’t think that important as the reduced latency, which matters with the really cool stuff you’ll see over the next two or three years with augmented reality and virtual reality, the kind of stuff we can’t even imagine yet. It’s really going to change the world.”
Val Loh, a principal with engineering firm Syska Hennessy noted two of the company’s clients had recently asked about 5G technologies. Both firms leased office space in Hudson Yards and expressed concern the 4G wiring on site could be obsolete when they move in 2021. Loh admitted there was not much his clients could do besides talk with their landlords about what accommodations could be made when the time comes.
“We told them not to worry about the technology or service providers or what they’re deploying in three years,” he said. “You just need to make sure your vertical risers are in place and then check your horizontal distribution points about a year or so before you move in and see what’s on the market then.”
Hormann meanwhile pointed 5G’s national arrival does not mean 4G will go away. Instead both networks will coexist for several years at least and carriers and cell phone manufacturers will use both options for marketing purposes. With both networks present, buildings could not have the 4G DAS changed out completely.
When the time comes where more equipment and wiring is needed for 5G DAS, it’s unknown how much carriers can help commercial real estate owners. The big four carriers are strapped for cash and already have funds committed to building up their outdoor networks. The chance of any of them investing more towards indoor networks in the future is questionable.
“In the commercial space, the model is still evolving from a carrier pay and share to something different,” Hormann said. “For prime real estate, there’s still probably a need for it, but there’s an end to it in terms of where it makes sense from an investment standpoint.” The bottom line for CRE owners, if you want 5G you may have to pay for it yourself.