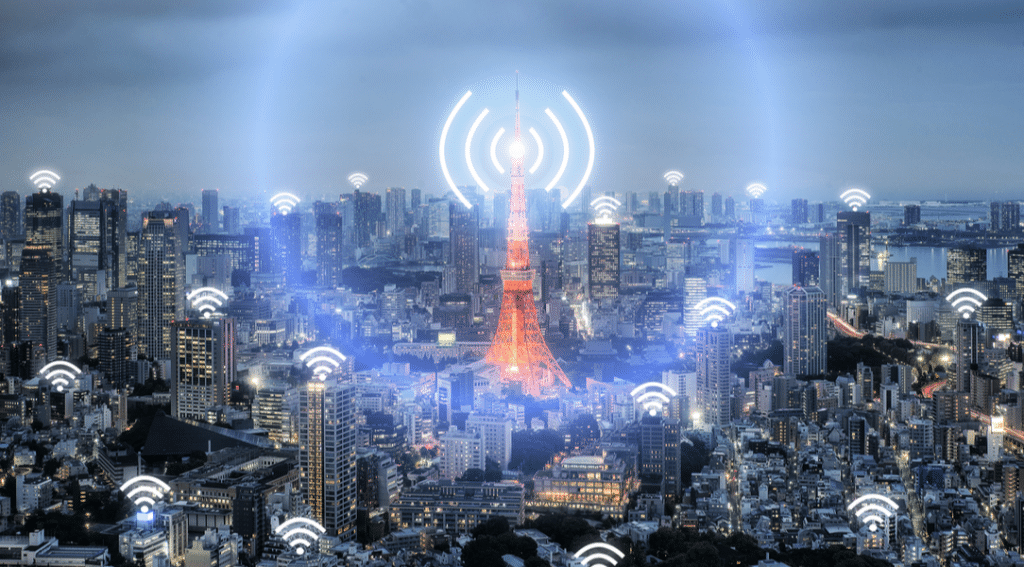 Tormod Larsen is the Chief Technology Officer at ExteNet Systems. He shared his take on key opportunities that the newly available spectrum. Specifically, across the wireless ecosystem, in an interview with Connected Real Estate Magazine.

“CBRS is set to be the foundation for innovative 4G and 5G networks, and the impact of this new shared spectrum is going to be revolutionary,” said Larsen. “CBRS is capable of serving many use cases from private LTE to supporting cable operators and serving as a neutral host for carriers. replacing how DAS worked in the past,” Larsen said.

Larsen says there are five areas where we can expect to see CBRS emerge in the wireless ecosystem.

The CBRS spectrum is being used for fixed wireless in rural locations that requires broadband connectivity. CBRS can fulfill the dire need for access to connectivity for more than 20 million Americans. The limited reach of high-speed broadband is exacerbating the divide in prosperity across the U.S. . Limiting access to education for school children and business operations in rural communities. CBRS will play a critical role in bridging this digital divide. The spectrum sharing capabilities of CBRS will create new opportunities. Telecom operators offer carrier-grade a fixed wireless service. The main benefit would be improving broadband coverage in rural America.

The CBRS unlicensed spectrum will reduce the barriers to entry new wireless internet service providers. Rural local exchange carriers, and electric distributor cooperatives to deploy carrier-grade fixed wireless. All this without having to invest in a licensed spectrum.

Mining, warehousing, manufacturing, and utilities are industry verticals where CBRS is important. CBRS via private LTE makes significant inroads, according to Larsen. There are distinct market segments for initial CBRS deployments. Private LTE networks for secure, mission-critical IoT, voice/data applications that do not require any public access and enterprises that need a combination of both private LTE and public access connectivity. The early adopters of private LTE using the CBRS spectrum will be mainly large public venues. Sports stadiums, hotels, casinos, warehouses, and industrial/manufacturing plants, Larsen said.

As cable operators develop their mobile and wireless strategies, CBRS can help them enhance their existing offerings and open doors to new ones. Cable operators are likely to build CBRS-based small cells and supply the back haul. Effectively accessing capacity and spectrum that is less expensive than many existing MVNO agreements. It’s also likely that operators will build out CBRS infrastructure in areas with high concentrations of users. When customers aren’t in reach of that network, they roam to the MVNO network.

Existing MNOs Will Go After the Mid-band Spectrum

Existing MNOS Verizon, AT&T, T-Mobile, Sprint and, in the future, DISH are likely to go after the CBRS spectrum. The main reason is to speed up the support of their devices at the auction announced by the FCC. The date is in June next year, said Larsen. CBRS may be a cost-effective spectrum compared with millimeter-wave and paves a more straightforward pathway to 5G connectivity for carriers, he added.

Build Out of Neutral Host Networks

Traditional indoor cellular systems are too costly and complicated for smaller enterprises. CBRS will fill an existing void by providing a unique opportunity for smaller mid-market venues. Specifically that require low-cost, multi-operator indoor systems. One of the most useful applications of CBRS is for solving the indoor cellular challenge. Some mobile coverage in some indoor spaces can get coverage from nearby macro towers. Many venues face coverage and bandwidth problems, resulting in a poor user experience.
The proliferation of higher frequency spectrum used for 5G and millimeter-wave bands will further reduce the reach of outdoor cell signals. Not only that but exacerbate the already apparent problem of indoor penetration. Deploying in-building wireless systems has become a costly task. Carriers have prioritized their indoor infrastructure spending on “high-value” locations. Locations like Stadiums and large public venues, due to the number of people coming in and out per day. This leaves building owners and smaller businesses with the burden of funding the indoor systems on their own.

Until now, mid-market venues such as high-rise, and multi-tenant buildings have required the multi-operator capability that DAS offers. But now, with CBRS, deployment costs will decrease. The CBRS small cell network can serve multiple operators and is an effective alternative for each site. For this reason, CBRS can be a natural choice for neutral host network operators to solve the existing indoor challenges they face.

“We are still in the preseason currently for CBRS. The regular season will soon begin and the bright lights will be on soon.” Larsen said.

Are we already headed toward a 6G world?