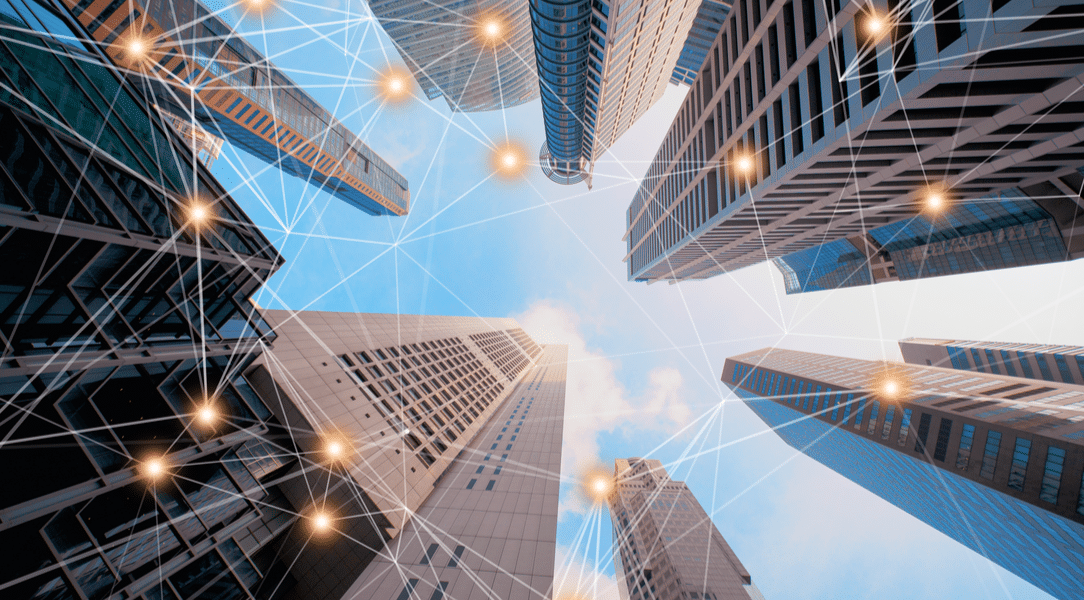 Andrew Clegg is Spectrum Engineering Lead for Google, one of the conditionally-approved CBRS Spectrum Access System Administrators. He has been involved with the development of CBRS from an engineering and standards perspective almost since the beginning of the CBRS concept. He chairs the committee that established the industry-wide operating standards for the CBRS band. Prior to joining Google, Andrew served in spectrum-related roles at the U.S. National Science Foundation, Cingular Wireless, and Comsearch.

Q: WE’RE HEARING A LOT LATELY ABOUT CBRS. WHAT EXACTLY IS IT?

A: CBRS stands for Citizens Broadband Radio Service. It’s a new wireless service that’s been recently authorized by the FCC and coming online soon. One of the key benefits of CBRS is its potential to provide new connectivity options for a broad range of entities, ranging from major wireless carriers to individual building owners and even to consumers. In a way, that’s what puts “citizens” in Citizens Broadband Radio Service.

Q: HOW DOES CBRS DIFFER FROM TRADITIONAL LICENSED WIRELESS SERVICES?

A: If you look at traditional wireless services such as 4G LTE, they’re generally provided by major wireless carriers on dedicated frequencies that they’ve paid potentially billions of dollars to use. Those networks often rely on relatively large cell sites covering several blocks in cities, or several miles in rural areas. By and large, those networks have served us pretty well over the years and will continue to serve us going forward. However, given the extreme growth in demand for wireless broadband, the wireless industry is always looking for more frequencies to provide increasingly greater amounts of data to a growing number of users. CBRS is a new band with a new spectrum use model that can allow new entrants and new opportunities in the broadband wireless space. The technical rules for CBRS also favor smaller cells serving localized indoor and outdoor areas, such as entertainment venues, office buildings, and other commercial properties.

Q: HOW DOES CBRS DIFFER FROM WI-FI?

A: Wi-Fi networks operate on unlicensed frequency bands, which means that anyone can use the frequencies as long as they adhere to certain technical requirements. There’s no coordinated management of the bands, so different devices can and will interfere with one another. Your Wi-Fi devices operate in the same frequency bands as Bluetooth devices, baby monitors, microwave ovens, and your neighbors’ Wi-Fi devices, for example. So while Wi-Fi is a good solution in many cases, it lacks the ability to guarantee quality of service in any specific instance. CBRS, on the other hand, is centrally coordinated and supports both exclusive/ guaranteed access (similar to cellular bands) and permissive access (similar to Wi-Fi bands but with coordination).

Q: CAN YOU TALK A LITTLE MORE ABOUT THE LICENSE MODELS?

A: CBRS offers two tiers of service. The higher tier is a Priority Access License (PAL). The lower tier is General Authorized Access (GAA). PALs offer interference coordination with other PALs, and interference protection from GAA. PALs will be auctioned by the FCC on a county basis, and as many as seven PALs will be granted for each county. The GAA tier can use any frequency that’s not used by any PALs at a particular location and does not require an auction. GAA is free to use. An important characteristic of CBRS is that PAL and GAA share the band with systems that already existed in the band prior to CBRS. These systems include the U.S. military and some satellite dishes. PAL and GAA must not interfere with these pre-existing operations. All of the interference management is accomplished behind the scenes and is essentially transparent to the user.

Q: WHY DOES CBRS MATTER TO COMMERCIAL REAL ESTATE OWNERS?

A: Some aspects of CBRS are particularly favorable for in-building and around-building coverage. As many real estate owners know, cellular coverage inside buildings can often be poor or nonexistent. Signals from towers outside the building don’t often penetrate into the building well. Many building owners may not realize that the increasing use of energy-efficient building materials is making the indoor coverage situation worse. For example, energy-efficient windows often achieve improved thermal efficiency by coating the glass with conducting materials, which do a good job reflecting heat. But they also do a good job of blocking radio signals, thereby keeping outdoor signals from penetrating the glass. The result is weak or no cell signal inside the building.

Q: WHAT CHALLENGES ARE SOLVED BY CBRS?

A: CBRS makes it possible for almost anyone to provide services. Access to the spectrum is either free (for GAA users) or auctioned over county-sized areas (for PALs) that will likely be much more affordable than the regional or nationwide licenses traditionally used for mobile services. This enables an individual building owner to install their own private LTE network to accommodate, for example, secure voice and data communications that can make use of commercially-available user devices, like smartphones. One interest of the CBRS industry is to develop CBRS as an enhanced version of today’s in-building DAS. The desired outcome is for a building owner to be able to simply install small and affordable CBRS base stations inside their building, connect them to the Internet, and then customers of the major wireless carriers can seamlessly roam onto in-building CBRS.

Q: HOW DOES CBRS FIT INTO IoT AND 5G?

A: Internet of Things (IoT) refers to the multitude of devices that connect to the Internet for remote control, remote monitoring, inter-device communications, and lots of other things. As just a few examples, IoT includes security cameras, remote-controlled thermostats, remote-controlled light switches, smart electric meters, and electronic door locks. These devices have a variety of bandwidth requirements. For example, a high-resolution security camera uses a fair amount of data, but a light switch or thermostat typically needs very little. CBRS offers the opportunity to provide connectivity to all of these devices, with high reliability and security.

With regard to 5G, the CBRS band has recently been declared an official 5G band by 3GPP, the international standards body that defines the 5G standard. The CBRS Alliance, a domestic industry group, is developing standards that will allow the adoption of 5G technology in the CBRS band, and those standards are expected to be completed later this year. CBRS will be an early implementation of 5G in the U.S., and makes us more competitive with other countries, which are working to deploy 5G in similar frequencies.

Q: I HEARD THAT CBRS CAN BE DISRUPTED WHEN NEARBY GOVERNMENT RADARS TURN ON. IS THAT TRUE?

A: CBRS is a managed band, which means that for devices to transmit, they have to communicate with a central cloud-based Spectrum Access System (SAS). Many companies, such as Google, will be providing SAS services. The CBRS band is shared with the Navy, which uses it for occasional shipborne radar operations off the coast. When they do, the SASs must reconfigure CBRS systems in the adjoining coastal areas to avoid interference to the Navy. The vast majority of Navy radar operations only impact a small number of CBRS channels, so devices will be reconfigured by simply changing channels. The SAS and the CBRS devices do the reconfiguration automatically, so all of this is transparent to the users.

Q: WHAT IS THE TIMESCALE FOR CBRS?

A: The government completed lab testing of SASs, and we expect to get permission to provide initial commercial CBRS service by August. Initial Commercial Deployment (ICD) will demonstrate to the FCC and DoD that CBRS will work properly “in the wild.” Full commercial service will follow, most likely in November or so. Initially all CBRS operations will be in the GAA tier, as the FCC’s PAL auctions will not occur until sometime in 2020. CBRS equipment is already commercially available. Google introduced the first CBRS phone in February, and others have since followed. CBRS base stations from multiple equipment manufacturers have been approved by the FCC. Overall, the CBRS industry is ready to go — we’re just awaiting final approvals by the FCC.

Q: WHERE CAN I GET MORE INFORMATION ON CBRS?

A: The Wireless Innovation Forum (cbrs.wirelessinnovation.org) develops the baseline industry standards for the CBRS band. The CBRS Alliance (www.cbrsalliance.org) is an industry body comprised of 120 companies (and growing) that is actively developing the LTE- and 5G-based CBRS ecosystem.

Andrew Clegg is the Spectrum Engineering Lead for Google. Prior to joining Google, he served as the spectrum manager for the U.S. National Science Foundation. At NSF, he founded the Enhancing Access to the Radio Spectrum (EARS) program, a $50 million program focused on improving spectrum efficiency and access. He has over 20 years’ experience in spectrum management and was a member of the U.S. delegation to two World Radiocommunication Conferences.

Andy holds a PhD in radio astronomy (major) and electrical engineering (minor) from Cornell University, and a BA in physics and astronomy, with highest distinction, from the University of Virginia.

Almost every industry in the United States has been put on hold due to the recent health crisis, and the trade show circuit has...
Read more
5G

The International Commission on Non-Ionizing Radiation Protection (ICNIRP) recently announced that 5G does not pose a health risk. The independent panel, which provides scientific...
Read more
DAS & In Building Wireless

Almost every industry in the United States has been put on hold due to the recent health crisis, and the trade show circuit has...
Read more

The International Commission on Non-Ionizing Radiation Protection (ICNIRP) recently announced that 5G does not pose a health risk. The independent panel, which provides scientific...
Read more

Almost every industry in the United States has been put on hold due to the recent health crisis, and the trade show circuit has...
Read more

The International Commission on Non-Ionizing Radiation Protection (ICNIRP) recently announced that 5G does not pose a health risk. The independent panel, which provides scientific...
Read more