Miami-Dade Commissioner Eileen Higgins called the small cell installations in the area, “an absolute mess” this week, Inside Towers reports. Higgins stated the lack of small cell co-location and coordination among telecom providers has made the Miami-Dade area unsightly. 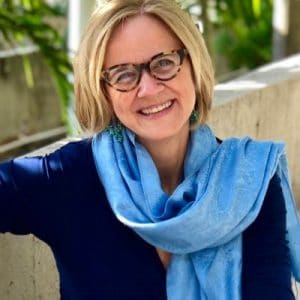 The issue stems from wireless carriers like AT&T, T-Mobile and Verizon putting new small infrastructure throughout Miami-Dade like utility poles, boxes and cables to accommodate 5G technology. Unfortunately, there are now concrete poles being erected every 300 feet, and they are not all in ideal locations, according to the Miami Herald. Meanwhile, stray wires have found their way into walkways and cables are coming down from overhead lines.

“The crews tell me it’s not electrified but how are we supposed to know? The boxes aren’t closed or locked,” Higgins said. “These torn-up sidewalks are deathtraps; people can trip and fall.”
Higgins and her fellow commissioners have asked the public works department and the county attorney to examine if Miami-Dade can put in design and permitting standards that would override state utility regulations, according to Inside Towers. Commissioner Daniella Levine Cava recommended the county wait to close out permits after each site’s electrical work is complete.

The Miami Herald asked AT&T about the construction, but the carrier did not respond. However, AT&T said in the past that it was working as efficiently as possible with local governments to finish the 5G upgrade. Meanwhile, Verizon EVP Ronan Dunne said customers’ patience during installation would pay off because 5G would “usher in a Fourth Industrial Revolution.”

CRE owners—don’t let this happen to you

As wireless carriers work on upgrading their networks to 5G, projects like small cell installations are inevitable. That does not mean CRE owners have to fall victim to what Miami-Dade property owners and residents are dealing with—unsightly and ill-placed utility poles, random caution tape, loose, wires, etc. If you find out small cells are being placed on or around your property, make sure you have a good understanding of the project. Details to be wary of include zoning issues, how long the installation is supposed to take, what hours of the day will be the telecom providers be doing the work and what type of electrical work is going to take place.

Faster networks are great, but the price should not be a half-finished project and random equipment strewn all over your property.

Wireless carriers have been working quickly to install their upgraded networks in part to have them ready for next week’s Super Bowl at Hard Rock Stadium in Miami, the Miami Herald reports. The 5G small implementation process has been more efficient than Miami-Dade because it was planned two years in advance, according to Higgins. The city’s historic preservation and design review boards had to approve every pole.

“Miami Beach came up with a beautiful design standard,” she said. “Even though nobody is happy with poles every 300 feet, at least they are not hideous.”

AT&T customers in town for the big game will notice enhanced cell coverage and capacity throughout the Miami area. The carrier said it invested more than $85 million to boost its network through temporary—and permanent city upgrades.

“When fans head to Miami to cheer on their team, we want to keep them connected to share and engage with their favorite experiences,” AT&T EVP, Technology Operations Chris Sambar said in a statement. “The investment we’ve made in our network will help them connect faster and easier than before. Miami residents will continue to see the benefits of our enhanced network even after the game ends.”

The carrier upgraded its part of Hard Rock Stadium’s in-building DAS (distributed antenna system) and other network enhancements like adding 5G+ and Band 14 spectrum. The enhancements will provide more than 300 percent more LTE capacity than what was available to fans at the beginning of the season, according to AT&T. Fans and first responders will also be able to enjoy better coverage in their hotels, airports and convention centers through numerous network improvements.