AT&T selects first three cities to get its 5G network

AT&T recently announced its initial mobile 5G rollout will happen in Dallas and Waco, Texas and Atlanta, Georiga reports RCR Wireless News. AT&T’s network services will be based on the 3GPP non-standalone 5G New Radio (NR) standard. More focus cities would be named in the coming months, according to the carrier. 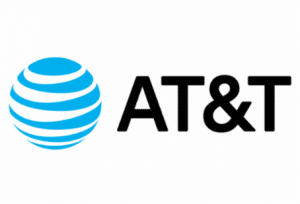 According to industry experts 5G is approximately 10 times faster than 4G. At that speed, a 3D movie could be downloaded in 30 seconds, as opposed to the six minutes it would take on a 4G network. Next generation networks could also impact businesses; its capabilities could power self-driving cars and smart cities, and lead to new surgical procedures and quicker communication with first responders.
However, users would need a 5G capable mobile device to get the network and there are no compatible smartphones on the market. AT&T anticipates phone makers will have devices on the market this year with plans to add one to its lineup in early 2019.
AT&T announced its 5G plans in January, but was not sure what kind of end-use equipment would be available to support 5G. “We will add more 5G capable mobile devices and smartphones in early 2019 and beyond,” the company said in a recent statement.
Igal Elbaz, senior vice president of Wireless Network Architecture and Design said its alignment with the NSA NR standard was finalized at the end of 2017.
“After significantly contributing to the first phase of 5G standards, conducting multi-city trials and literally transforming our network for the future, we’re planning to be the first carrier to deliver standards-base mobile 5G–and do it much sooner than most people thought possible, Elbaz said.”
One of those trials took place in Waco at Magnolia Market at the Silos, created by Chip and Joanna Gaines of HGTV’s “Fixer Upper” fame. The store got 5G-backed Wi-Fi for visitors and vendors who serve food and other items there.
The 5G equipment was set up on a cell tower about 190 yards away, and AT&T used a 28 GHz spectrum to connected one piece of 5G customer premise equipment at the store. The equipment fed a collection of Wi-Fi nodes that were spread throughout the store. AT&T designed most of the system, except for its use of some existing wiring, according to Dave Wolter, AVP of radio technology and strategy for AT&T Labs.
Wolter works in Austin, where AT&T tested pre-standard 5G fixed wireless access for multiple-dwelling units and customers at a nearby dentist office and car wash. Testing was expanded to Waco, Kalamazoo, MI and South Bend, IN.
Waco, Dallas and Atlanta are the only cities AT&T has named for now, but may have hinted at which areas might be next when it praised Indianapolis, Minneapolis and Little Rock, AR for the way they’ve paved the way for small cells. AT&T would need a network of small cells to continue to roll out 5G.
Those three cities are all “leaning with us into the next generation of technologies,” according to AT&T EVP for regulatory and state external affairs, Joan Marsh.
You might also enjoy reading this article here

Facebook
Twitter
Linkedin
Email
Previous articleSOLiD empowers the middleprise to overcome in-building wireless
Next articleCBRS is good, but for whom?
- Advertisement -