6G? Already? Are you serious? 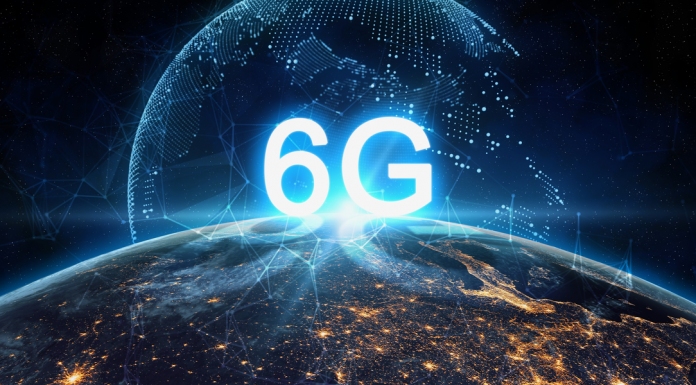 On the AMC drama “Mad Men”, ad executive Don Draper once said, “What is happiness? It’s a moment before we need more happiness.”

It now appears the same philosophy might be hitting the wireless industry—“What is 5G? It’s the network we have before we need 6G.”

6G? Yes, seriously. Although 5G is just getting started, and yet to be deployed nationwide in the U.S., people are wondering what the sixth generation of wireless will look like, according to The Wall Street Journal. Those already looking ahead to 6G believe it could be 10 times faster than 5G, which is just becoming available to users. The sixth generation of wireless is also expected to have a lot more bandwidth to handle data consuming devices like self-driving cars and automated factory equipment.

“With 5G, the things you can do that are beyond 4G are enormous, but 5G still doesn’t quite reach the level that we want to be at,” Yoshihiro Katagiri, a planning director at Japan’s Ministry of Internal Affairs and Communications told The Wall Street Journal.

The International Telecommunication Union is a United Nations agency that coordinates wireless standards. It was created in 2018 to find and research post-5G tech that could surface in 2030 and further into the future.

One 6G technological advance is it’s expected to bring self-driving vehicles to their full potential—more so than 5G could. With 5G, it would take at least seven seconds for autonomous vehicles to send live footage to computers for analysis and instructions to be sent back to the car, Nippon Telegraph & Telephone Corp. spokesman Yuzo Aramaki told The Wall Street Journal. Seven seconds is deemed too slow as too much could happen on a crowded street in that amount of time—especially when the same back-and-forth could happen without a delay on 6G.

Issues that would need to be resolved

There have been a number of hurdles to clear with 5G deployment, so it’s hard to imagine it would be any different rolling out 6G. Currently, 5G is expected to need to reach frequencies of 30 GHz to 50 GHz in Japan to achieve faster network speeds. That means 6G would likely need to be carried on frequencies of 100 GHz or more.

Higher frequencies used in 5G have resulted in service quality issues and slow rollouts in the early stages. Plus, these increased frequencies need additional base stations, which communities and building owners tend not to like. Faster data transmission also requires more energy, which is why 5G-enabled phones have reportedly overheated at times and drop service back to 4G in the United States. These are all issues that will likely need to be addressed on an even faster 6G network.

“Right now as the world transfers from 4G to 5G, we are looking closely at the technological issues that come up so that we prepare for them in advance next time,” Katagiri told The Wall Street Journal.

Is 6G wireless really on the horizon?

The major wireless carriers in the U.S. are still racing to be the first to deploy nationwide 5G, so it will be awhile before 6G is even a remote possibility—at least a decade. The idea of 6G even being presented does make one wonder how fast can a wireless network actually be? 5G’s big promise is low latency—the amount of time it takes for data to travel from one point to another. If latency on 5G is expected to be faster than an eye blink, how much faster can a 6G network transfer data be? A 6G network would almost have know we want to move data before we do it in order to surpass 5G’s latency. Either that, or maybe 5G won’t be as fast as initially promised—leaving room for improvement (6G).

In the meantime, let’s enjoy 5G when we have it—at least for a few moments before we decide we need 6G.