Trump Administration Looks to Deploy 5G As Soon As Possible 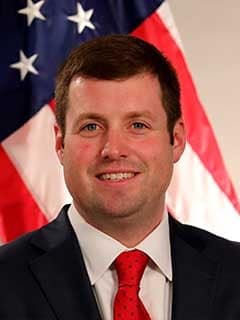 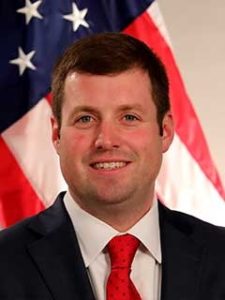 Top White House Officials held a “5G Summit” on Sept. 28 in an effort to discuss how the next generation of wireless communication, 5G, can be deployed sooner rather than later.
The Federal Communications Commission (FCC) and the National Telecommunications and Information Administration (NTIA) have already been immersed in talks surrounding 5G deployment and spectrum issues, but Friday’s summit was the first indicator the Trump administration wanted to be involved in easing 5G rollout regulations.
Summit attendees included National Economic Council director Larry Kudlow, deputy United States CTO and deputy assistant to the President at the White House Office of Science and Technology Policy, Michael Kratsios, top House and Senate lawmakers, FCC and NTIA officials as well as top wireless industry executives.
According to White House officials, the summit afforded them to opportunity listen to wireless industry executives and to better understand how they could assist with the 5G deployment.  Kudlow stated the Trump administration planned to take an, “America first, 5G first,” approach to the issue and would look to implement policies that would help the private sector grow.
FCC Chairman Ajit Pai, the NTIA’s David Redl and Rep. Greg Wadlen of Oregon also spoke at the summit. Pai’s statements came two days after the FCC had voted to expedite small cell deployments, which 5G needs, by decreasing fees and shortening timelines for local reviews of tower siting. Pai name the FCC’s efforts the 5G FAST (Facilitate America’s Superiority in 5G Technology) plan.
According to Pai, the plan comprises, “freeing up spectrum, promoting wireless infrastructure and modernizing regulations.” He also stated that time was of the essence because the U.S. isn’t alone in the 5G deployment race, reports Broadcasting & Cable’s John Eggerton.
“We are not alone in our pursuit of 5G,” Pai said. “The U.S. is in the lead, thanks to our private sector as well as the work of the FCC, this Administration, and Congress. But China, South Korea, and many other countries are eager to claim this mantle.”
Meanwhile, Redl mapped out what 5G wireless might look like. The vision included significantly increased capacity and download speeds, crystal clear high definition video applications becoming the norm and virtual and augmented reality technologies taking a big step forward.
“Speeds that dwarf what you can now get at home will be available in the palm of your hand,” Redl said.
Redl also addressed the need for better data collection in terms of locating where broadband still needs to be deployed. The quality of data the NTIA and FCC rely on to map where service is and isn’t has been heavily criticized. Redl stated the current plan is to take a phased approach to data collection to make a broadband availability map that paints an accurate picture of where the industry is.
“We will be working with states that already have collected broadband availability data, or had otherwise strong broadband programs,” Redl said. “This will allow us to get the most value for the resources allocated to us by Congress. By the end of the year we will be issuing a request for proposals for additional data, and a technology service provider that will help us integrate all of the data sources we can bring together.”
Rep. Walden said the U.S. needs to protect and encourage the supply chain for 5G. He did not mention any policies or positions by name, but did say, “there are some who think we can simply ban vendors from American markets, but the marketplace for hardware and software is global.”
Walden’s comments were interesting because the FCC looked to take steps to prevent network operators from using Universal Service Funds to buy equipment from companies deemed a security threat. The proceeding was seen as the U.S. government trying to block Chinese network vendor Huawei from competing in the market.
Mid-band spectrum was also discussed at the summit. Speakers stated a strong 5G market would use varying degrees of spectrum, while officials and lawmakers recognized the FCC was looking to auction high-band spectrum in November. However a number of speakers requested that regulators make more mid-band spectrum available to wireless network operators among others.
“It was especially noteworthy that today’s event focused so much on the need to free up more mid-band spectrum for commercial wireless use to help meet this goal and to keep up with skyrocketing consumer demand for mobile data,” CTIA President and CEO Meredith Attwell Baker said in a statement. “We look forward to continuing this important dialogue with the Administration and policymakers to make 5G a reality.”

DISH recently announced it completed its $1.4 billion purchase of Boost Mobile. The transaction officially puts DISH in the retail wireless market, where it...
Read more
- Advertisment -