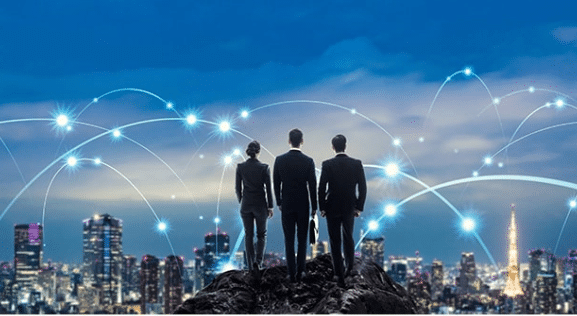 Samsung could be one of the biggest beneficiaries of China’s Huawei Technologies Co.’s 5G networks being banned in the United States and the United Kingdom, according to The Wall Street Journal. With China now reportedly considering retaliation by blocking Nokia and Ericsson from sending their China-made product anywhere else, Samsung might have an opportunity to raise its profile in the telecom-equipment market. Samsung is currently fourth in the market.

Samsung—network equipment, products and much more

Samsung has somewhat been on the outskirts of the network market for years and now has seen its sales from former reliable products like smartphones and televisions decrease as well. In response, the company has invested billions in the hope that telecom operators will want to use a supplier that sells network equipment as well as the products that will connect to that network. Since the company manufacturers all off its network gear in South Korea, it should be clear from the back-and-forth disputes its competitors are often involved in.

“It’s not just (network equipment and products), Samsung VP of Strategy, BD and Marketing Alok Shah told Connected Real Estate Magazine exclusively. “Samsung builds chips as well. We build the 5G modem chips that sit in our network equipment. Having the full end-to-end ecosystem allows us to move faster in introducing new technologies and features to the market.”

Shah pointed to Voice over LTE (VoLTE) as an example of Samsung’s ability to quickly get solutions to market. South Korea was the first to launch VoLTE because the company was developing and testing its products end-to-end in that market.

“You see that over and over again,” Shah told Connected. “I think the same was true in 5G as well—having an end-to-end understanding helps. I think the other side benefit of having multiple businesses under one roof is that you have financial strength and some stability that comes from the fact that with multiple businesses, you have some that have good years and other that have slower years, and that balances out. I think operators see that and feel better about that.”

The company was already establishing itself in the cell site equipment space before the U.K. changed its course when it came to Huawei. Although Samsung’s pre-5G network gear sales comprised just a few percentage points of the market, it represents almost a seventh of the 5G market. Huawei’s market share is currently more than twice that, according to market research firm Dell’Oro Group.

Huawei’s 5G market dominance could change as industry analysts believe Samsung’s 5G sales could increase in the coming months. The company has upped its 5G marketing efforts, is pitching its end-to-end offerings to carriers and has even begin thinking about future 6G technology. Samsung has signed four new deals to provide 5G network gear, including in Canada and New Zealand, in the past eight months, The Wall Street Journal reports.

Samsung’s “6G Vision” white paper revealed technology such as holograms that would be a user’s digital twin. Such tech is a decade away at best, but Samsung’s marketing linked the future to the current reality—the company also warned that moving to 6G will require stronger cybersecurity protections.

“If you look at our 5G timeline, our 5G research program at Samsung started in 2009 and the first commercial deployments of 5G were in 2019,” Shah told Connected. “It’s an incredibly long process through initial research, to work through standards, programs and trialing. Our 6G research program started late last year—I think 2028 is when the initial commercial deployments may take place and 2030 is when you start to get into the broader scale, perhaps where we are today with 5G. I don’t think folks should be waiting with bated breath for 6G—it’s a while off.
When 6G does arrive, Samsung believes it will bring focus on new spectrum again. Where 5G introduced millimeter wave spectrum that could use 24 to 47 GHz range for mobility, the company’s 6G research center is looking at 80 GHz and above. With 6G comes tradeoffs however, according to Shah.

“You get a massive amount of data, but your coverage will be quite limited again,” he said. “At this point who really knows, but we’re talking about doing really high resolution holographic augmented reality. (We’re looking) at the use cases we think are going to get a lot better in 5G, but then there’s still room for them to continue in 6G.

While Samsung looks to make strides in the global 5G market, it’s also making headway closer to home. In the U.S., the company went from having Sprint as its primary customer for 3G and 4G to adding Verizon as well as creating programs for AT&T and U.S. Cellular. It’s also working on 4G and 5G projects for Verizon’s macro network and is AT&T’s sole supplier for its Citizens Broadband Radio Service (CBRS) equipment for its rural broadband initiative.

“When you’re overly reliant on one customer, that’s not necessarily a place you want to be, right?” Shah said. “Rural broadband is a pretty exciting place to be right now, there’s tremendous opportunity, both from the Rip and Replace program with untrusted vendors as well as some new government funding in this Rural Digital Opportunities Fund that’s coming in the fall. There’s clearly a need—one of the things that has become very clear is the importance of good broadband to every home in the country.”
Editor’s note: I wonder what he means by an “untrusted vendor”? 😊