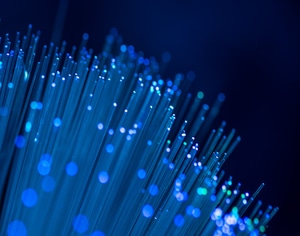 A recent analytics report declared wireless carrier Verizon is a “fiber giant” and the company is well set up to leverage its fiber holdings for its fixed wireless and 5G plans. The report, titled, “Current State of Fiber” stated the carrier has 900,000 global fiber route miles and is ranked in the top five for fiber providers in 16 markets outside of its ILEC footprint. Verizon enhanced its fiber presence last year when it acquired XO’s fiber assets, some of WOW’s fiber in Chicago and Zayo’s dark fiber.
The report, authored by research and analytics firm Cowen, stated Verizon continued to be aggressive in its fiber densification, especially when it comes to metro fiber deployment, despite already leading the field. The report also noted there was a, “significant impact of consolidation” within the industry that included Verizon’s XO acquisition and top providers controlling a higher concentration of fiber. Those factors are expected to increase the remaining independent’s fiber assets’ scarcity value.
In 2015, Verizon said it was completing its Fios build, but it also launched the “One Fiber” initiative in Boston. It’s expected Verizon will do the same in other cities.
Meanwhile, Verizon said customer’s desire for fiber access is giving it an opportunity to expand its broadband business, which would help offset the decline in its copper-based products. The carrier reported its fiber-based products did partially mitigate the revenue drop in both wireline and enterprise segments in its second quarter 2018 earnings report.
Incoming Verizon Chief Executive Officer Hans Vestberg stated the carrier’s fiber-based network plans, “will continue to be in high demand and can take significant share in mature markets (and its fiber build-out) will allow us to take full advantage of the many use cases that will come to bear in 5G,” during the earnings call.
The report also revealed Verizon is deploying multimodal fiber, which will play a key role in the carrier’s millimeter Wave 5G plans that will need a lot of fiber-fed nodes. Meanwhile, Verizon’s small cell 5G network architecture will need a significant amount of access to gigabit-capable fiber backhaul. That backhaul will have to be at least 1,000-foot intervals in urban areas.
Verizon has said before it has plans for fiber build-outs in 50 markets outside its ILCE footprint, opening the door for the carrier’s 5G networks.
As Verizon prepares for its 5G deployment, Ronan Dunne, chief executive of the company’s wireless business, provided some insights into the company’s strategy with specific use cases. The use cases Dunne pointed to are ones he and Verizon believe they’ll be able to deploy with its 5G network.
During an August 8th investor meeting, Dunne said previous network generations like 3G and 4G were established to free customers from a wired connection. With a 5G network however, Dunne believes the personalization it brings would be a “game changer” and it could enable new services.
“Increasingly I will be able to deliver a network for a one-to-one relationship,” he said during the meeting. “So, we’ll actually be able to deliver an experience on the network that is defined around the specific user needs of the customer at that time.”
Verizon’s first 5G use case will be for fixed wireless. The carrier would send 1 Gbps connections to users’ homes and offices. Verizon plans to start that offering in four markets later in 2018. However, Dunne stated the service is just “the first opportunity” and that Verizon would quickly move towards its overall 5G mobility plan next year.
Dunne also said Verizon will be able to offer several key services as it builds out its 5G network. Those services include a 10x improvement for IoT application’s battery life, low latency and the ability to offer, “burst speeds” 100 times faster than what people have become accustomed to.
The additional 5G use cases Dunne shared that could leverage those features included retail (retailers could provide augmented and virtual reality offerings through 5G), healthcare (providers could use advanced network services to bring better and more effective long-term monitoring), gaming, stock trading (people could trade faster than someone on a wired service), stadium experiences (real-time experiences for fans or concert attendees), precision manufacturing and smart cities (traffic management, real-time facial recognition and potentially a network of self-driving vehicles).
While these services may become available when 5G is deployed, there are no guarantees operators will spend the money to upgrade so they can use them or that operators will be able to offer these services profitably.
“Unfortunately, only time will tell,” Kathryn Weldon, technology research director at research firm GlobalData, said in a statement.

What 5G coverage? Wireless carrier Verizon has not been shy when it comes to promoting its 5G coverage. However, the company recently announced it would...
Read more
5G