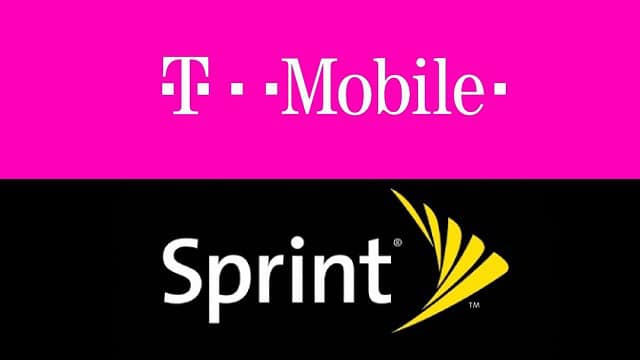 Federal Communications Commission (FCC) Chairman Ajit Pai said he would approve the proposed merger between wireless carriers T-Mobile and Sprint—once the companies made several concessions, according to The Wall Street Journal and multiple news outlets.
However, Pai’s approval is only one step in the merger approval process. The carriers will also need official FCC approval and to get the Justice Department (DOJ) on board. Currently, officials are concerned that the deal would reduce competition in the industry to unreasonable levels, according to a person familiar with the proposal.
Pai stated Sprint and T-Mobile’s concessions would advance two of the FCC’s main goals: close the digital divide in rural America and advance the United States’ 5G leadership. The endorsement is a significant one as FCC leaders in the past have been strongly against deals that would leave the U.S. wireless market with less than four major competitors. In 2011, the FCC and DOJ opposed AT&T’s plans to acquire T-Mobile because the deal would, “significantly diminish competition.”
The FCC has been more flexible when it comes to wireless market under Pai’s guidance, however. According to a 2017 staff report, the wireless industry was experiencing, “effective competition” as mobile data prices continued to drop, The Wall Street Journal reports.
This week, the FCC announced the carriers agreed to invest in new wireless home broadband service in rural areas and build a new 5G infrastructure with Sprint’s licenses in the mid-brand of the radio spectrum. The carriers also agreed to sell Sprint’s Boost Mobile brand, which provides prepaid cellphone service to approximately seven million customers.

Even with these concessions, it might take some time for the FCC to conditionally approve the deal, The Wall Street Journal reports. According to The New York Times, a vote of the agency’s five commissioners is expected in the coming weeks and could fall along party lines. An FCC agreement would improve the company’s chances of moving forward with the merger, but the carriers still need the Justice Department to sign off on it, too. T-Mobile and Sprint might find that challenging as the DOJ is still considering whether the merger would damage the competitive balance within the industry.
T-Mobile representatives believe the DOJ’s objections lie at the staff level, rather than with top political appointees, and both carriers believe they’ll eventually approve the deal, The Wall Street Journal reports. However, top-level department officials like antitrust chief Makan Delrahim have been involved in the review process and the antitrust division of the DOJ has a number of concerns, according to sources.
Part of the carriers’ challenge is that the FCC and DOJ have different mandates under federal law. The FCC looks at whether a telecom deal like this one would serve the pubic interest. That’s why Pai stated his support for the merger once the carriers made the rural service concession. The DOJ has a different focus: it’s tasked with examining a proposed merger’s impact on competition. The antitrust arm of the Justice Department looks at issues such as if the deal will increase prices or reduce service and innovation.
The divide here is rare as the two entities’ standards typically complemented each other during past deal reviews. However, the commitments T-Mobile and Sprint made to the FCC may not factor into the Justice Department’s decision making, according to The Wall Street Journal. Delrahim stated he doesn’t believe the companies’ behavioral promises on issues like pricing and product offers are effective when it comes to protecting customers if the merger could eliminate a competitor from the marketplace. Some state attorneys general have also opposed the deal, according to The Wall Street Journal, and they have considered their own antitrust lawsuit if the Justice Department doesn’t challenge the merger. The carriers are scheduled to have more meetings with both the Justice Department and state officials in the coming days, according to sources.
The deal the carriers offered the FCC requires they provide 5G service over mid-band frequencies that cover 75% of the U.S. population within three years and charges the firms with financial penalties if they miss their targets, according to The Wall Street Journal. T-Mobile has said Sprint’s mid-spectrum assets were a key factor in the merger. Additionally, the companies consented to an “infrastructure-based” agreement to provide their cellular network to support cable company Altice USA, Inc. Altice was originally against the merger unless it was guaranteed it wouldn’t hurt the company’s new wireless service.

Sprint and T-Mobile have worked with the FCC and DOJ to approve the deal for months and expected to FCC to take the lead in the settlement talks, according to sources. The companies believed the FCC had more flexibility in terms of approving the behavioral conditions that could impact business operations.
“The FCC’s done the heavy lifting for them in that regard,” T-Mobile counsel Rob McDowell said in a Monday interview with Fox Business Network.