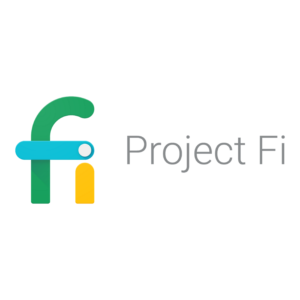 Since Google is not a wireless network operator itself, the company buys bandwidth from the operators to give customers the best possible service wherever they happen to be. Google will also seek out public Wi-Fi hot spots to supplement the user’s cellular coverage.
“You shouldn’t have to work out how and where and why” (to) get (a) connection, Google Fi director Simon Arscott said. “You should just have it when you need it.”
Currently, it’s difficult to pinpoint how well Google Fi’s coverage will work for everyone, according to Pierce. When he tested the service in the San Francisco area, he had service everywhere he expected, but not at the desired speeds. Pierce reported a download speed of 22 megabits per second on his Fi-powered Pixel 3, but he did manage to download over 100 Mbps on his Verizon iPhone.
Although Google Fi isn’t known for its download speed yet, it does offer other perks. Unlimited calling texting costs just $20 a month, plus an additional $10 for each gigabyte of data used. Customers are refunded for any unused data by the end of the month. Google caps customers’ bill once they hit 6GB of data, which comes to $80 for the month. Google Fi users can also set up call forwarding and voicemail and it’s currently available on most Android phone, including Samsung’s new Galaxy S10.
Looking ahead, Google Fi wants to take make mobile data accessible everywhere and simple instead of users being tied to a physical SIM in one device, according to Pierce.
“We want to give you the power to use data like you use electricity,” Arscott told The Wall Street Journal. “You should be able to just grab a device, log in and get online. Carriers should learn from Google Fi, which has the most transparent and straightforward cellphone plan I’ve ever encountered.”
In the meantime, Google Fi customers can anticipate using 5G services via Sprint’s network in the future. The wireless carrier and Google recently announced they would expand their MVNO partnership to include 5G. Sprint’s 5G technology, which uses the 2.5 GHz spectrum and MIMO radio technology, will allow for an increase in network capacity and density. This is designed to deliver fast connections and an improvement in latency.
When Sprint’s 5G service is deployed Google Fi customers who have Sprint compatible Designed for Fi phones in a 5G coverage area will be automatically connected to the network—similarly to how there are seamless transitions between cellular networks depending on the locations.
“We are incredibly excited to expand our existing relationship with Google to include 5G,” Jan Geldmacher, president of Sprint Business, said in a release. “This announcement also showcases our dedication to collaborating with Google as we prepare to launch one of the world’s first mobile 5G networks covering multiple major cities.”
“Connecting our customers to great high speed coverage is a vital part of the Google Fi service, made possible by our carrier partners,” Matt Klainer, Google Vice President of Consumer Communications Products said in a statement. “We’re thrilled to have Sprint working towards an upgrade for the Fi network to include 5G.”
Sprint Chief Technology Office John Saw provided a look at the company’s initial 5G New Radio network footprint in its first metro markets, including Chicago, during Mobile World Congress in Barcelona this week, reports RCR Wireless. The carrier’s 2.5 GHz spectrum and MIMO technology will be able to support LTE and 5G at the same time—allowing its 5G footprint to overlap its 2.5 GHz footprint.

During his presentation, Saw noted when Sprint’s 5G footprint overlaps its LTE footprint, it will happen with greater range than millimeter wave-based 5G, an indication that the carrier will have the first “real” mobile 5G network when it’s deployed later in the year.
“The first real mobile 5G in the U.S. with real coverage, real devices, with a real value proposition—which, I think that is a real commercial launch that’s relevant for consumers,” Saw said during the presentation. “There’s more than one way to build a 5G network. We also learned that some 5G networks are built by a marketing department.”