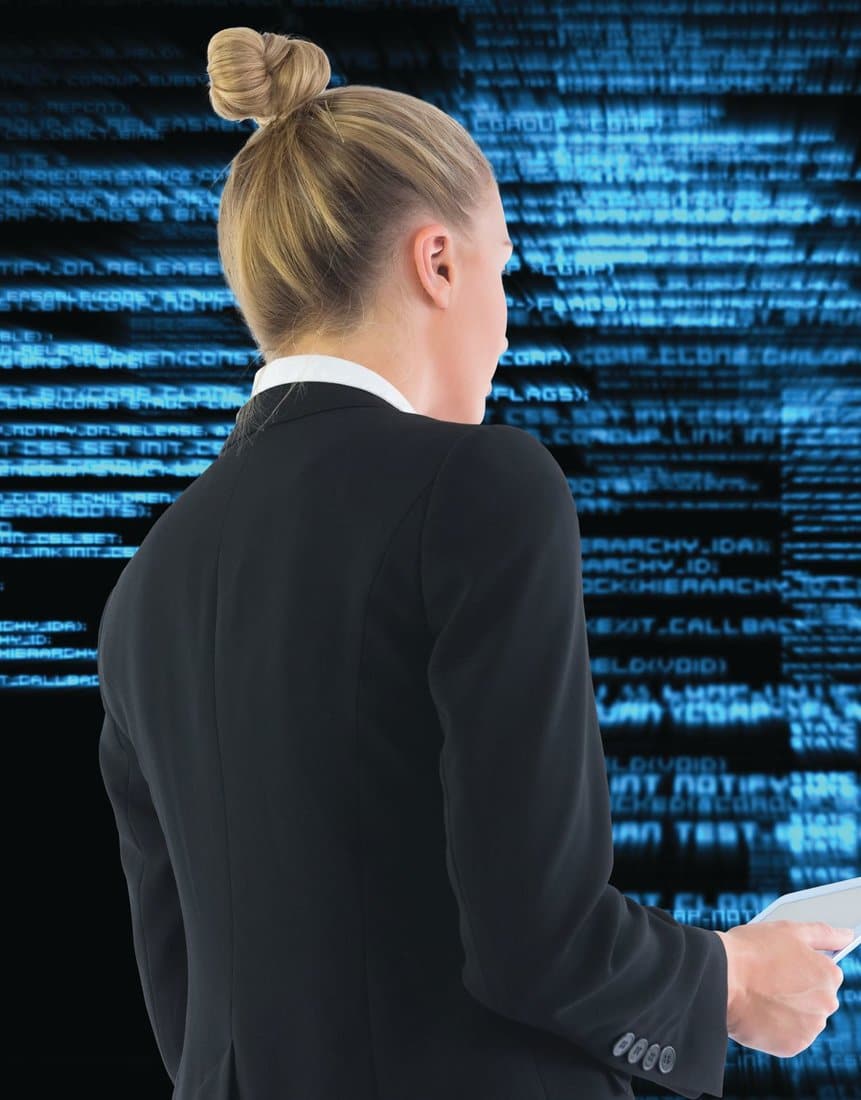 The push for diversity and inclusion (D&I) at industry events doesn’t come only from the under-represented. In some cases, white male speakers have declined to sit on panels or to speak at non-diverse events. In rarer cases, a company may remove its sponsorship for lack of inclusion. And events may face embarrassing social media backlash for not lining up a variety of speakers. Still, the biggest advocates are the groups with less representation, such as women.

“Every year we see incremental changes,” says Wendy Mann, Chief Executive Officer of the Commercial Real Estate Women (CREW) Network. CREW is an independent professional association for women in the Commercial Real Estate Industry. “But across the U.S. and Canada, the industry is roughly a third women, and I’d say as far as women speakers—and I don’t have hard numbers—we’re probably at less than half that. Between 10 and 15%.”

“A decade ago, if you went to a wireless industry conference or expo, you mostly saw women sitting at the booths. Now you see female CEOs, VPs, and decision makers,” says Carolyn Hardwick, President of the Women in Wireless Leadership Forum (WWLF). WWLF is affiliated with the Wireless Infrastructure Association (WIA), and while WWLF is focused on women, membership is open to anyone in the industry, regardless of gender identity.

Still, Hardwick would like to see more women speaking, and on a variety of topics. “We can speak about 5G… the evolution of telecom… site acquisition… project management. Anything in our industry. We don’t just have to speak about females in leadership or diversity.”

CREW understands the potential to pigeonhole women speakers. It has a speaker’s directory and encourages members to put their name out as potential speakers. The directory focuses strictly on industry topics, not D&I. “Sometimes we will present to companies or one of our chapters about D&I. But it’s not the focus of the directory,” Mann explains.

Both CREW and WWLF actively work to encourage and train speakers within their organizations. “One of the best ways a woman can advance her career and raise her stature in the industry is to speak,” said Mann.

Hardwick agrees, “It’s important for women’s careers to be visible.” She adds that it’s important for attendees, too. “It’s men who come up to us after a diverse—or all-female—panel and say, ‘You mentioned topics we hadn’t even considered.’ Everyone brings something to the table.”

Why then are there still predominately male speakers and “manels”—all-male (and usually all-white) panels—at conferences and events?

Bobbie Carlton, founder of Innovation Women, often speaks on this issue. She created Innovation Women as a resource for women wishing to speak and for event organizers to find female speakers. Carlton said there are many obstacles—some of which are more easily addressed than others.

Carlton explained there are legacy systems in place making it less likely women will be on stage.

First, it’s easier to line up previous speakers. “If Joe gave a presentation last year and there will be a similar presentation next year, the organizers will probably ask Joe. Or he’ll get the call for speakers first,” Carlton explains. “It creates a perpetuation of speakers.”

Or, as Mann added, the conference committees might not be diverse. They look to their friends and colleagues to be speakers, and those speakers often look like them.

Second, speaking spots may be offered to big sponsors of the events. These sponsorships often come from Fortune 500 companies whose C-suites are predominantly male. Even if speaker spots are open and a woman is invited to fill them, she might say no. “If an industry is only 30% women, there will be just a small number of women in the upper echelons of speakers,” Carlton explains. “These women get so many invitations that they can’t agree to them all.”

Third, there’s a disparity among “acceptable” titles for speakers between women and men. “It’s rare to see a woman speaker at some conferences and events unless she is the CEO and founder of the company,” Carlton says. “But for men, you’ll see VPs or senior directors…so there are inequities along gender lines in terms of who gets on stage.”

WHAT CONFERENCE ORGANIZERS CAN DO

These legacy challenges are fixable if conference organizers are committed to diversity. “They need to plan ahead and work towards diversity with intentionality,” Mann says.

Carlton advises those stuck with legacy speakers, “If you’ve been doing the same presentation, the same topics for a long time, maybe it’s time to change it up for everybody. Let your speakers know, ‘Next year we’re doing something new.’ Give them the heads-up they might not get the same invitation they always do.”

Conference planners can make speaker invitations non-transferrable, too. Carlton pointed back to the woman speaker who gets too many opportunities—she may send someone else from her company, and she may not pick another female. Then the organizers who were trying to get a balanced panel end up with a manel. To save themselves this headache (and embarrassment) they should let the invited speaker know if she can’t make it, they will find the replacement.

Organizers can also expand their searches. Rather than limiting themselves to calls for speakers on their own sites or emails to members, event organizers can actively recruit for diverse speakers.

Some organizers already do this. Mann reported getting a number of calls each year from organizers asking for help—not only with finding speakers, but also with how to plan their conference with the intentionality for diversity and inclusion.

Like CREW, Innovation Women has a database of speakers detailing expertise and experience. Both databases are searchable for conference organizers. WWLF’s speaker database is exclusive to its members, but its leadership works with organizers to help place speakers from its list.

CHALLENGES FOR WOMEN AND INDUSTRIES

There are other issues, though, that can prevent women from getting on stage. And these are not as easily solved.

One is that conferences are expensive. Travel and lodging are often not covered by the conference, and it’s rare that speakers are paid beyond a free ticket to the event. For large companies, and for some roles, there is a budget for attending conferences. But smaller firms may not have these budgets. For independent consultants and the self-employed, the costs can be significant.

Women also still predominantly handle child and elder care. This can make it difficult for a female colleague to fly across the country for a speech.

Some organizers are incorporating childcare into their conferences— which also helps dads and any single parents as well. But this amenity is far from common.

Hardwick noted some companies understand the importance of having their female executives speak and acknowledge their family responsibilities. In certain situations, companies have paid for children to go with their mothers to events. But again, this is not common practice.

If a woman wants to take on speaking roles, Hardwick recommends she talk with her manager. “Let them know you want to have more opportunities to speak. Once your company is on board, it can help make that happen.”

Afterward, seek out the mentoring and coaching opportunities available to you. Some companies have their own internal groups. And organizations like CREW, WWLF, and Innovation Women are there to help.

CREW specifically offers public speaking training at its leadership summits. And it has a leadership certificate program. “We train women and give them the skills and competence to present,” says Mann.

Likewise, WWLF pairs women wishing to speak with a mentor and a coach to get them comfortable with speaking.

Carlton, Hardwick, and Mann all suggest starting with a single speaking engagement. An industry panel is a good place to begin. Being on stage with a group is not as daunting. And the focus of the panel is typically narrow.

Start small but start. “Keynote speakers don’t spring out of the ground fully formed. You need to work yourself up to that,” says Carlton. “You need a portfolio and video so organizers can see you’re comfortable on stage. They have to see you providing value to the audience.”

Though they’d like to see more women on stages, Hardwick and Mann are optimistic about their industries continuing to make strides. Mann sums it up well: “It’s a business imperative because our customers want to see us as diverse organizations. We’re diverse as companies. Our conferences should be diverse, too.”

Envision returning to work soon, to a Smart Healthy Building and using an app on your smartphone to open the door, hands-free. Artificial Intelligence...
Read more
Cover Stories

ExteNet Systems, a national converged communications infrastructure and services provider for the CRE industry, recently spoke with Connected Real Estate Magazine on a variety of industry-related topics. ExteNet President and CEO Jim Hyde and VP and CTO Tormod Larsen shared their insights on recent industry shifts, the latest on indoor 5G wireless networks as well as its own indoor solutions and what’s in store for the industry going forward. "We’re seeing an incredible transformation that is driving accelerated demand for digital communications’ infrastructure across the board, and particularly as it relates to our indoor business." CONNECTED
Read more
Connectivity & Tech

Proptech’s Role in Defending Against COVID-19 and Future Pandemics

The second event in the Connected Virtual Tech Event series has sold all of its exhibitor booths and sponsorships and is now moving to...
Read more

The second event in the Connected Virtual Tech Event series has sold all of its exhibitor booths and sponsorships and is now moving to...
Read more

Software and services vendor Amdocs has been approved as a Spectrum Access System (SAS) administrator for the CBRS private network ecosystem. A SAS...
Read more